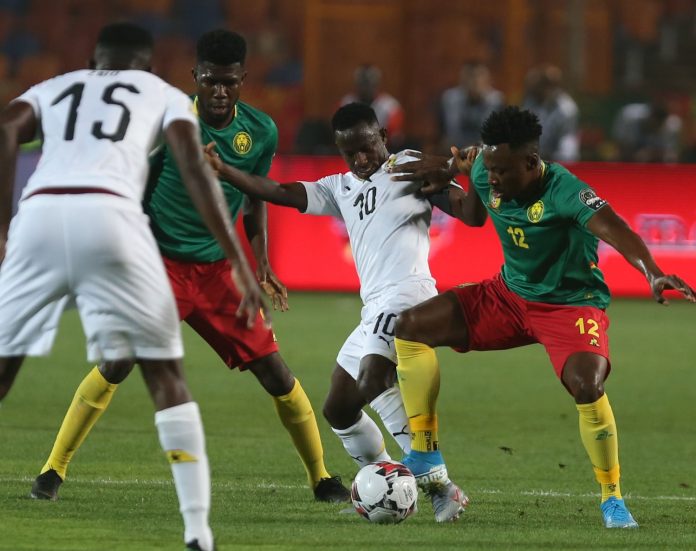 Ghana’s Black Meteors drew in their opening Africa Under-23 tournament against Cameroon on Friday.

The Cameroonians dominated the first half of the match, making it very difficult for the Ghanaians to create any changes.

Despite the dominant display by the Cameroonians, the Meteors of Ghana held their ground as the half ended goalless.

Head Coach Ibrahim Tanko made a first half substitution by replacing struggling Isaah Abass with Obeng Solomon at the break.

The Ghanaians showed glimpses of brilliance after the recess but failed to make any progress in the game.

Franck Evina scored a sumptuous free kick on the 60th minute after Habib Mohammed fouled a Cameroonian striker just at the edge of the 18-yard-box.

Ghana came into the game after going behind with striker Kwabena Owusu coming close to leveling but his effort missed the far post narrowly.

Habib Mohammed of Kumasi Asante Kotoko redeemed his image with an 87th minutes equalizer to level matters for the out of power Meteors.

The game ended 1-1 as both teams failed to clinch a vital win to go level with group leaders Egypt who earlier in the day beat Mali by a lone goal.

Ghana will take on Egypt on the 11th of November at 5pm in their second group game.

I defected to NPP for better policies – former NDC Organiser