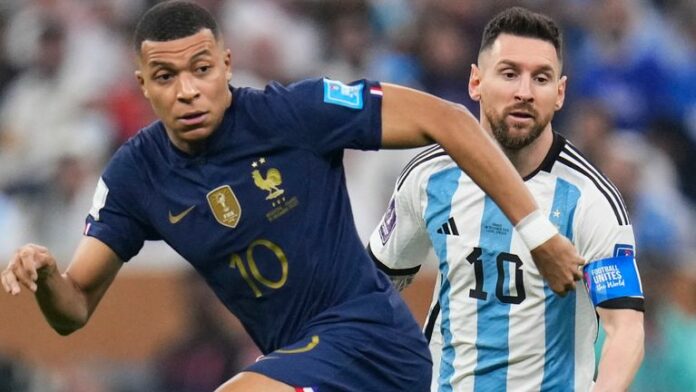 Defending World Champions Les Bleus of France lost their crown to the La Albiceleste of Argentina on Sunday evening at the 2022 FIFA World Cup tournament in Qatar.

France had been thoroughly outplayed and Didier Deschamps turned to his bench four minutes before the break, hauling off Olivier Giroud and Ousmane Dembele.

One of the men he sent on, Randal Kolo Muani, was fouled by Nicolas Otamendi in the box and Mbappe converted from 12 yards before a give-and-go with another substitute, Marcus Thuram was finished emphatically by the Paris Saint-Germain star.

Paying customers of DKM, others a monumental feat of NPP –...