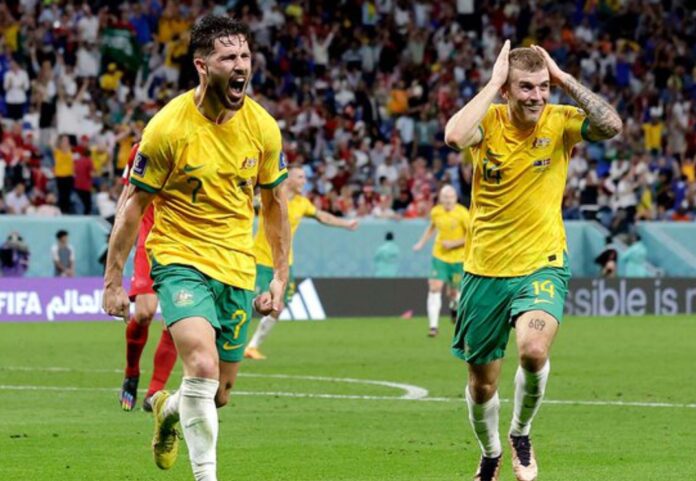 The Socceroos of Australia marched into the Round of 16 stages of the ongoing 2022 FIFA World Cup tournament in Qatar with an impressive win over European side Denmark on Wednesday evening.

Australia progressed to the World Cup Round of 16 for only the second time in their history after Mathew Leckie’s second-half winner sent Denmark crashing out at the group stage.

The Yellow and Blues started their Group D decider thinking a draw would be sufficient but with Tunisia surprisingly beating France, who had already qualified, Graham Arnold’s side required victory, as did the Danes.

Instead it was Australia — whose only previous appearance in the last 16 came in 2006 — who broke the deadlock on the hour, springing Leckie on the counter-attack.

The Melbourne City forward twisted Denmark defender Joakim Maehle inside and out before threading a precise left-foot shot low into the right corner.

The Danes, who had reached the knockout stages in four of their five previous World Cups, tried to stage a fightback but the lack of cutting edge that characterised their two previous group games continued to dog them as Australia celebrated wildly at the final whistle.