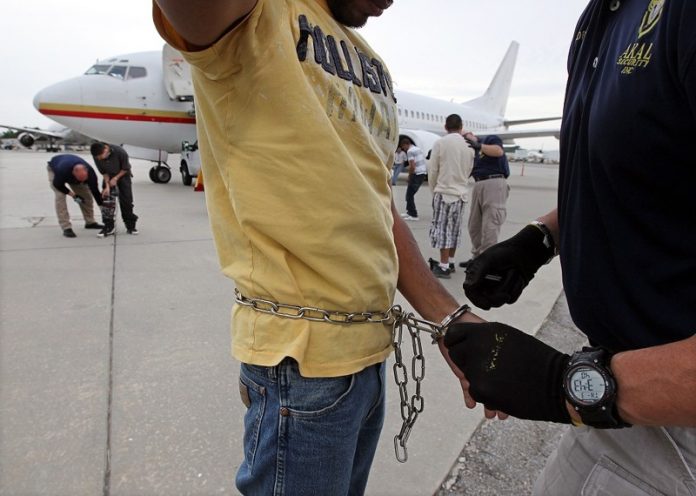 Forty Ghanaians have been deported from the US and have been screened by the Ghana Immigration Service (GIS).

The deportees are made up of 38 males and two females, a statement from the GIS on Monday said.

They were deported as a result of trafficking of banned substances, assault, vehicle theft, burglary, fraud, domestic violence and immigration-related issues, Assistant Superintendent of Immigration (ASI), Barbara Sam, in charge of Public Relations at the Kotoka International Airport said in the statement.

According to the statement, 38 of the deportees arrived on Travel Certificate issued by the Ghana Mission in Washington, DC whilst two of them on Ghanaian passports.

The deportees between the ages of 21 and 70 are from various regions in Ghana with 16 from Greater Accra, 10 from Ashanti, two from Bono, two from Western, two from Central, three from Eastern and three from Volta.

They were admitted into Ghana after going through the needed disembarkation formalities including screening to authenticate their nationalities.

The statement said present at the exercise were officials from the Ghana Immigration Service (GIS) and other security agencies including National Disaster Management Organisation (NADMO), who ensured that the deportees were transported to their respective destinations.

Meanwhile, some 12 Ghanaian females have also been deported from Saudi Arabia for illegal stay, the GIS statement added.

Their ages range from 20 to 30 years and they arrived on board Ethiopian Airline with Travel Certificates.

They are mostly junior and senior high school graduates and were working as domestic helps, storekeepers and fuel attendants.

In various interviews with the GIS, some of them said they were made to overwork and their salaries were withheld by their employers and were not also properly fed as well as maltreated.

They have since been handed over to the Bureau of National Investigations for further action.

We were gathering intelligence at church not to arrest Madina MP...