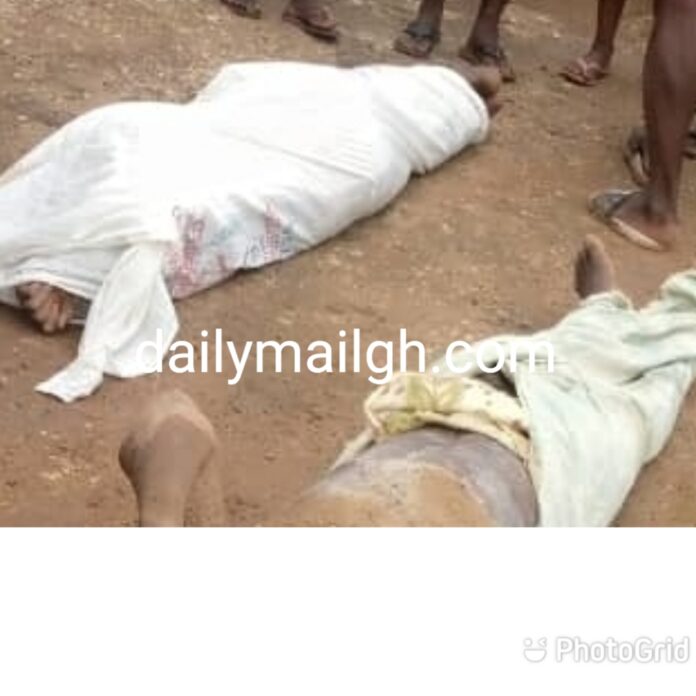 A man and his wife were killed while three others got injured following a downpour in parts of the Ashanti Regional capital, Kumasi, over the weekend.

The couple have been identified as Doye Baanda, a 32-year-old artisan and his wife Joyce Larweh, a 42-year-old petty trader.

The couple, who lived in a temporary shed at Ahenema Kokoben in Kumasi, was sleeping inside their room when a portion of a wall from the neighbouring house fell on them Saturday night.

They were found under the debris during a search but declared dead by police officers at the scene.

Poor drainage system may have caused the tragic incident even though officials from the Ghana Police Service and the National Disaster Management Organization (NADMO) were yet to provide any other details.

Assemblymember for Ahenema Kokoben, Kwasi Adabor said: “The water has been blocked and the drainage system was poor in that affected house. This might have caused the wall to fall. The two were fast asleep when the incident occurred and so we found them dead this morning [Sunday].

The body of the deceased had been deposited at the Komfo Anokye Teaching Hospital (KATH) morgue for preservation.

In another development, a 70-year-old woman and two children got injured when part of their home collapsed during Saturday’s heavy rains.

The victims who live at Dompoase Aprabon in the Asokwa Municipality are receiving treatment at the Kumasi South Hospital, officials had told dailymailgh.com.

The heavy rains may have caused damage to properties running into hundreds of cedis as many home got flooded in the process. There are fears the death toll could rise as officials were yet to update the public on the development.

The Meteorological Service Department had warned of heavy rains in the coming days.