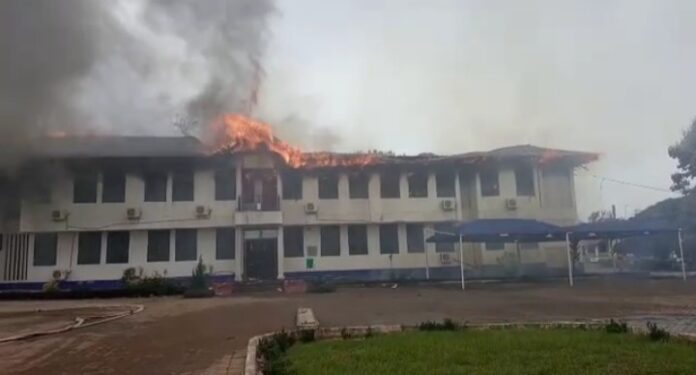 A fire which broke out at the administration block of the Asante Mampong Technical College of Education forced occupants to flee for safety.

The early morning fire also destroyed several properties in the building which currently has fourteen offices.

The cause of the fire is not officially known.

Monday’s incident is one of three major fire outbreaks that have been recorded in the region in the last 24 hours.

Separate fires at the Sokoban Wood Village and at the Kumasi Central Market also resulted in the destruction of some sheds and shops.