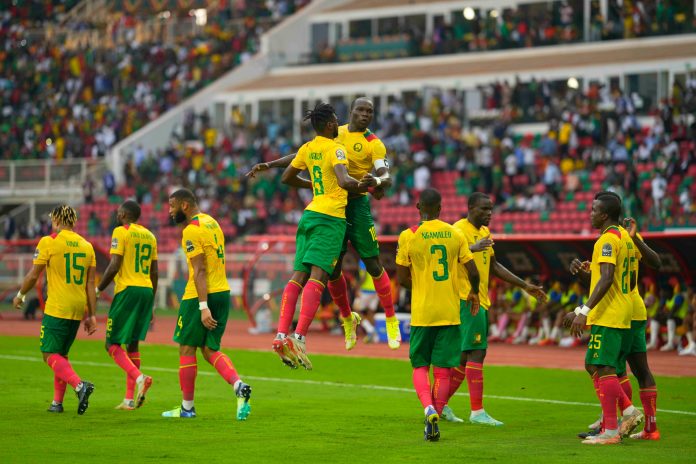 The Indomitable Lions of Cameroon roared in the group stages of the ongoing Africa Cup of Nations tournament held in their country.

The host nation are the top scorers of the tournament so far after all group stage matches played and wowed many fans at the tournament with their high intensity of football on display.

Cameroon scored seven goals in three matches at the group stage and is the highest at the competition at the conclusion of the group stages going into the knockout phase.

In their first AFCON 2021 game, the Indomitable Lions came from behind to beat Burkina Faso 2-1 to go top of the table with a hard earned narrow victory to kick off their campaign with a win.

In their second game of the tournament, the Lions were awaken by the Walias of Ethiopia as they conceded an early and had to do what they did against Burkina Faso by coming back from a goal down to win 4-1 at the end of the match.

In the final group game, this time the host scored first but the Islanders, Cape Verde equalized to make the final score 1-1.

After scoring two against Burkina Faso, four against Ethiopia and 1 against Cape Verde, the Indomitable Lions totaled seven goals in the ongoing Africa Cup of Nations tournament group stage to emerge as the highest scorers of the competition in the group stage.

Dreams FC 1-3 Asante Kotoko: Porcupine Warriors off to a flying...