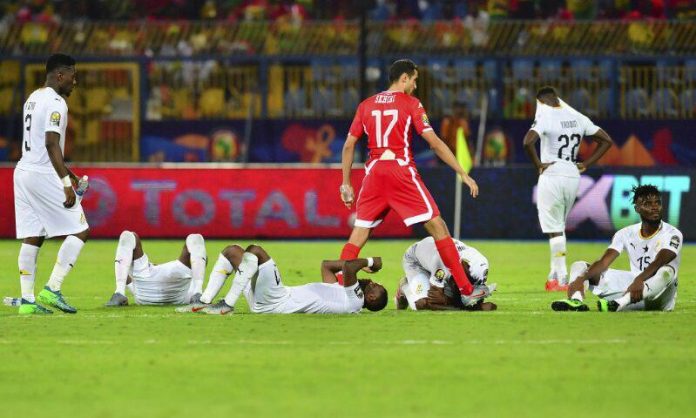 As 2019 ends, Ghanaians can’t draw the curtains on what the concluding decade has brought our football soon enough.

And, really, who could blame us?

True, there have been some genuine reasons for good cheer — from football gold at the African Games and WAFU Cup triumphs to FIFA World Cup outings and other gains on the international front — but, having suffered one low too many, we could be pardoned for not being so keen on counting our blessings and eagerly desiring a fresh start.

All of Ghana’s national teams have underwhelmed at some point, some more often than others, but none more so than the seniormost: the Black Stars and the Black Queens. Both teams started the decade in rather respectable spots on the FIFA ranking, the Stars in 27th (February 2010) and the Queens in 44th (March 2010), yet they end it at numbers 47 and 60 — way below their respective averages (42 and 48) since the ranking began.

Just how did each fall so low, though?

The nation’s flagship side made a really good kick-off to the 2010s, following an impressive, almost triumphant run at the Africa Cup of Nations, and looking like they could even rise to match their all-time best finish in the aforementioned ranking (14th, in early- to mid-2008). With a World Cup coming up in the summer, there was an opportunity to be seized.

Reinforced with a crop of youngsters who conquered the world at U-20 level just a year prior, and keen to make their next Mundial experience more memorable than the last, Ghana took to the global stage in South Africa. It did prove so in the end; only Luis Suarez’s punch and a follow-up missed Asamoah Gyan penalty kept the Stars from becoming Africa’s first World Cup semi-finalists. It wasn’t much solace, but for their efforts, Ghana ascended four places in FIFA’s monthly log.

Up and up, it seemed.

But then came another World Cup, four years later. Ghana qualified again — in some style, too, securing their ticket with a 7-3 aggregate thumping of Egypt — and hopes for an even better adventure were high. There was no fun this time, however — only pain, heartbreak, embarrassment, and scandal. Ghana never really turned up. A ton of cash did, though, and while the players were clearly excited about the money (mwuah, John Boye!) and the Hollywood style in which it was flown to their base in Brazil, the people weren’t.

Finishing bottom in a group which also featured Germany and Portugal wasn’t the worst part of that failed mission; it only helped dredge up muted reservations about all the dollars that had been splashed on the team over the years, as well as the preceding Afcon disappointments hitherto swept under the carpet.

The team, to its credit, didn’t drown in the overwhelming waves of apathy and hostility that came crashing in, instead rallying to wrap up qualification for the 2015 Afcon, making the final at the tournament itself and, for at least one night, feeling the warmth of the nation after missing out on the title by the narrowest margins.

And they lived happily ever after.

It didn’t last — certainly not after falling short[er] of glory again at the next two Afcons and failing to deliver the consolatory high of another World Cup show in 2018. Thankfully, there is the feeling that a corner has been turned, following the overthrow of the out-of-favor Kwesi Nyantakyi-led Ghana Football Association administration last year and the recent installation of a new regime fronted by ambitious Kurt Okraku.

The popular call after that power switch — facilitated by a lengthy and not-so-smooth transition — has been to #BringBackTheLove for the various national teams, chiefly the Stars. Hopefully, though, not only love would be returned, but also the good old days of glory, as reflected in a fuller trophy cabinet and — correspondingly — a restoration to FIFA’s honor roll.

Feel free to lament about the Stars’ lot, but do save some — maybe more — tears for the Queens, too, for they have had it arguably worse. In fact, since 2016, the team — per FIFA’s chart as seen above — has been on a rather steep decline, reaching an all-time low in the latest ranking. It’s a decade that has marked the rise of the junior female national teams but a seeming abdication by the Queens — a decade of threes, too, on a lighter note.

Thrice the Queens have failed to qualify for the World Cup. Three times — out of four — they have reached the Africa Women’s Cup of Nations and not made it beyond the group stage, and their best performance at the Afcon in that period was a third-place finish three years ago. The nadir, doubtlessly, was the most recent edition in 2018 that saw Ghana – even as hosts — last just three games before getting kicked out after the first round, which makes the WAFU Cup conquest achieved earlier in the year feel like a footnote — an anomaly, even.

For a team once deemed Africa’s second power, only behind ever-dominant Nigeria, the Queens have just not been good enough. Sure, the short-lived emergence of Equatorial Guinea as a continental force hit hard, while South Africa and Cameroon have also flexed some tough muscles, yet none of that really cushions the Queens’ fall.

But they can’t stay down forever, of course; they needn’t, as another decade starts in — er, let me check my calendar — 11 days, bringing with it an opportunity for redemption. The new Kurt Okraku-led Ghana Football Association (GFA) administration, with the experienced Habiba Atta Forson representing the interests of female football on its Executive Council, is resolved to undertake that project of renaissance and has already shone the spotlight on the women’s game in a number of ways.

If those efforts — and others to come, hopefully — do reach fruition, the Queens could be in for a ‘Roaring Twenties’.

AFCON 2019: Best Images of the Quarters