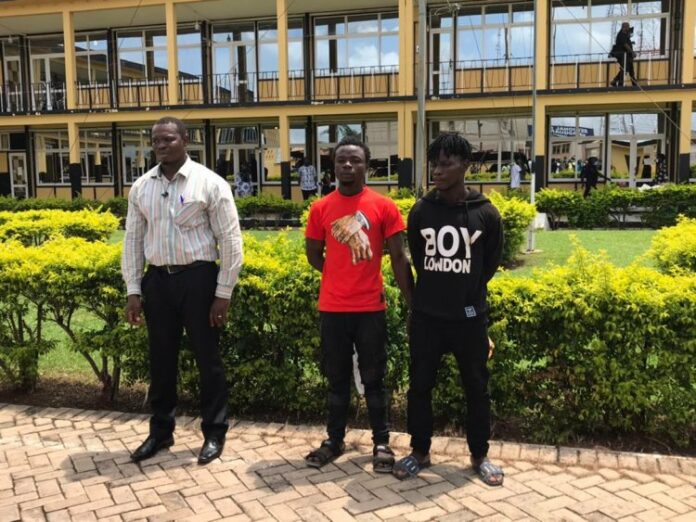 Police in Kumasi have confirmed the arrest of the three young men who were seen brandishing guns in a viral footage earlier this week.

The three, all siblings have been named as Rev Alfred Dakora, 43; Emmanuel Dakora, 26, and Richard Sulemana, 28, were arrested at Gausu in Obuasi.

Another suspect who was also spotted in the video is being pursued, the police in the Ashanti Region said on Friday.

The footage emerged hours after a robbery incident at Jamestown in Accra resulted in the killing of an on-duty officer who was escorting a bullion van on Monday, June 14.

A trader who sustained gunshot wounds in the process was confirmed dead at the scene.

There are reports that the suspects might have used the arms for criminal activities.

Deputy Ashanti Regional Police Commander, DCOP David Agyemang Adjem who addressed the media over the development said: “These young men have variously been described as robbers in both the print and radio as well as on social media. We have them in our custody in relation to those videos we have seen”.

“We have retrieved a pump action gun [from the suspects]. We will keep them in our custody as we investigate the matter.

Although the suspects have denied being linked to any criminal act, the police in the region is appealing to the public for information on the suspects.

“Those who allege any criminal activities against these young men to come forward, give us information so we can put them before the court”, DCOP David Agyemang Adjem noted.