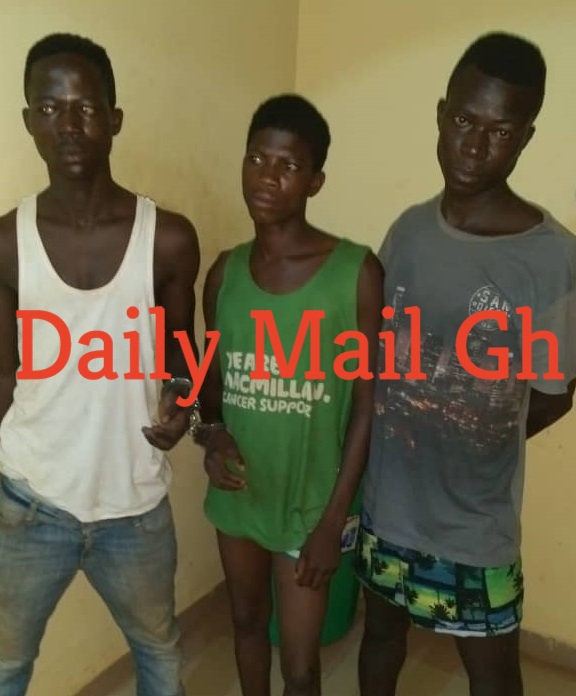 Dailymailgh.com is learning that a driver has been killed in a robbery attack in the Bosomtwe District of the Ashanti Region.

The incident occurred on the Onwi-Kuntanase stretch on the Bekwai-Kumasi Road Wednesday night.

The deceased, 21-year-old Prince Yeboah was driving a KIA Pregio vehicle with registration number AS 1755-18 with fourteen passengers when the incident occurred.

Police sources at Kuntanase told Dailymailgh.com’s Ashanti Regional Correspondent that the deceased attempted to escape by reversing the vehicle when he saw the nine gun-wielding men who had signalled him with a torchlight to pull over.

Amidst firing of gunshots the deceased was hit by pellets of bullets as the gang chased the said vehicle to commit the crime.

The robbers then attacked the unsuspecting passengers robbing them of their personal belongings and some unspecified amounts of money after the car had run into a ditch.

When police proceeded to the scene, three AAA-32g empty cartridges were retrieved at the scene.

During preliminary investigations at the scene, police spotted a Daewoo Matrix Taxi cab with registration number GE 4861-19 which suddenly emerged at the scene.

Three occupants who were on board the said vehicle in an attempt to escape were given a hot chase by the police and got them arrested.

They have been identified as; Yaw Owusu, 18, Henry Sarpong, 31 and 21-year-old Kwame Amponsah.

The deceased driver’s Itel mobile phone were also retrieved from Yaw Owusu during a search.

The three have since been detained by the police as they mount search for other accomplices.

The police have since impounded the vehicles and deposited the deceased to the St Michael’s Hospital morgue at Jachie Pramso pending autopsy.

Dr. Olivia Agbenyeke; The Agbogbloshie slum bartender who is now a...