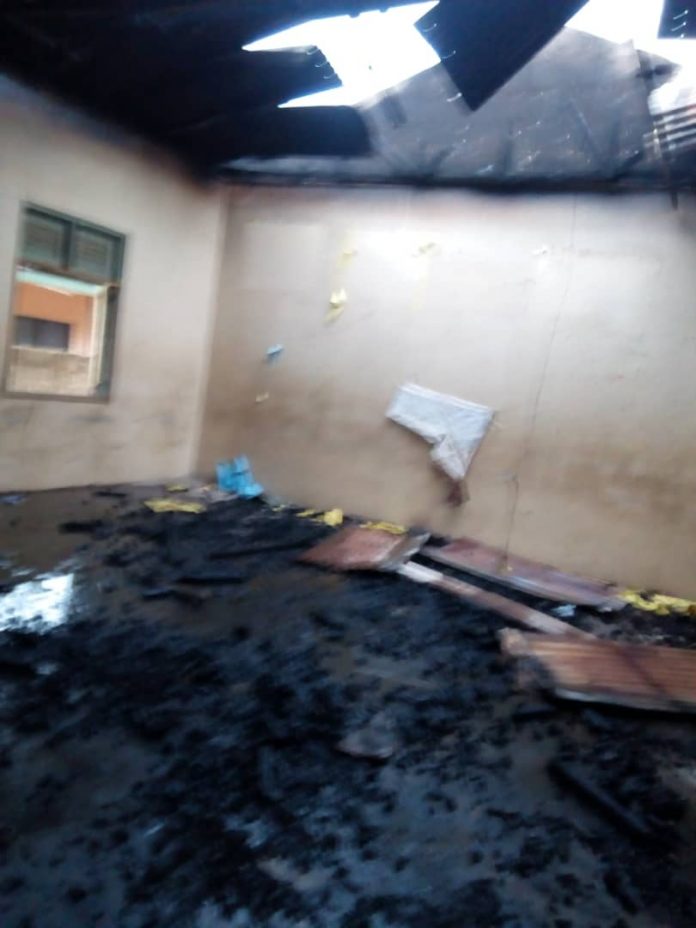 A major fire has razed parts of Sokoban D/A Basic School in the Atwima Kwanwoma District of the Ashanti Region.

The incident happened at about 2:30 GMT on Thursday, a witness said.  The fire which lasted for hours, destroyed three classrooms, a storeroom and a staff common room.

Firefighters were deployed to the scene to douse the flame.

Officials, including the National Disaster Management Organization (, were assessing the situation when Dailymailgh.com visited the scene Thursday morning.

Teachers were seen struggling to relocate final year and continuing students who were adversely affected by the fire.

The Atwima Kwanwoma District Assembly had earlier directed that the pupils be relocated to other schools nearby to continue academic work.

Assemblymember of Sokoban-Krofrom Addai Dwomoh said he is in touch with the assembly to have the already derelict facility reconstructed.

“This will really affect academic activities. The final year students may have some challenges as their BECE draws closer”, Dwomoh explained adding, “this could be a clear case of arson, I pray authorities speed up to get to the root cause of this matter”.

In a separate development at least 30 vehicles have been destroyed after fire razed about 15 shops at a popular mechanic shop at Dichemso in the Manhyia South Constituency.

Fire officers responded to a distress call to douse the fire which started Thursday dawn.

Owners of the shops were seen salvaging their loses as they call on authorities to come to their aid.

The cause of the fire is yet to be established.