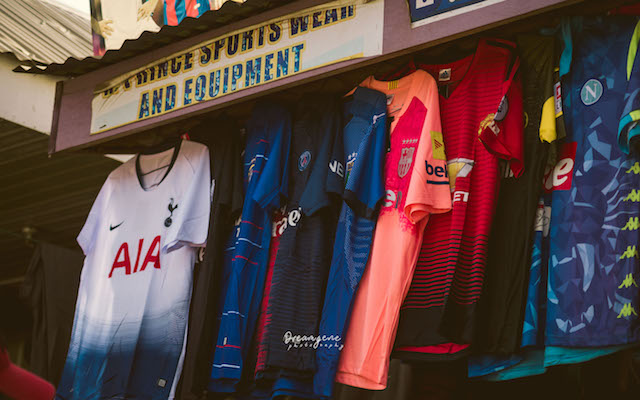 The 2018/19 European football season rapidly draws to a close, and while most clubs nurse disappointment, a triumphant — and elite — few celebrate.

In France and Italy, the domestic champions – Paris Saint-Germain and Juventus, again — were spotted from a long way off. In Spain, Barcelona hardly felt a threat to their ultimately successful retention of the La Liga crown. Margins were much finer in England, where Manchester City could only wriggle free of relentless Liverpool’s pursuit by a solitary point on the final matchday; Germany’s Bundesliga coronation – which doesn’t happen till next weekend, by the way – would also probably require a photo-finish to split rivals Bayern Munich and Borussia Dortmund from their season-long deadlock.

And then there are the continental competitions and prizes still up for grabs: Liverpool’s resolve not to end another season empty-handed would be tested in a Uefa Champions League final clash with familiar foes Tottenham Hotspur on June 1, while Londoners Arsenal and Chelsea have another all-English match-up set up in the Europa League decider only days prior.

From the perspective of those whose income has much to do with those leagues – and I’m not even talking about the giant regular TV networks and their Pay TV peers – the calendar’s conclusion does bring up mixed feelings. In the immediate aftermath of the season, there would be gloom — but the boom comes not long thereafter.

Take, for instance, Ansu*. He runs a shop in the heart of Sunyani (capital of Ghana’s newly created Bono Region), just across the town’s Coronation Park, which sells shirts of top European clubs — the current, soon-to-end season’s, of course. He has quite a number still on display, and he might – or might not – clear them all before interest fades after the final games are cleared.

Overlook — for a moment — the upcoming spell of boredom the off-season represents, and the end of one term all but marks the start of the next. With that transition comes fresh stock of replica kits Ansu and those in his line of business would seek to exploit across the next one year. There’ll be the rubbery, bootleg versions which go for a little under GHS 40 or just over; and then the real deal that cost far more. For Ansu, this could only be good news.

Miles away in Teshie, along Ghana’s eastern coastline, Kotei and his brand of football trade look braced for same. Only weeks ago, the match-viewing centre he owns hosted scores of people for crucial semi-final fixtures of the Champions/Europa League (boldly and colorfully advertised on a board, as seen just above) and – bar the aforementioned competitions’ finals – there wouldn’t be too many easy-to-sell games during what remains of the campaign. Still, even in these circumstances, he’s no more despondent than Ansu is.

They – and all others who earn their livelihoods in similar ways – gladly grab all cash on offer while the present season lasts, for almost as soon as it ends, the countdown to its successor – just around the corner, really – begins. For them, as for football’s main actors overseas, the sport is big business – and long may it be.

*Names have been changed