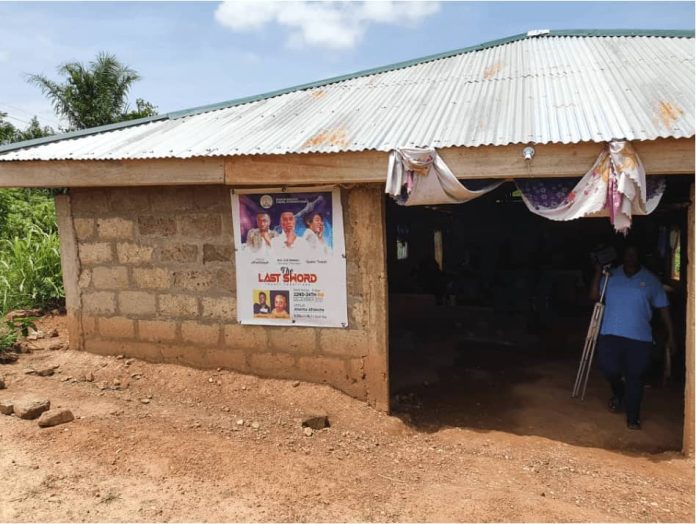 Four gunmen stormed a church and opened fire on worshippers during an Easter service Saturday dawn, local police have confirmed.

The incident occured at the Heaven Embassy Chapel International located in the Atwima Kwanwoma District town of Afrancho near the Ashanti Regional capital Kumasi.

A patrol team from the Foase District rushed to the scene following a distress call but the assailants could not be traced.

One witness told dailymailgh.com that the four armed men shouted in a local language asking the whereabouts of the Head Pastor before shooting indiscriminately at the worshippers.

“We were observing our worship session when the masked men surfaced. Two of them who wielded locally-made guns shot sporadically at the congregation and we had to take cover. Five of the victims including three children survived with gunshot wounds. We have suspended church service for now as we await further directives from our Head Pastor”, the witness said.

A police report revealed that some of the congregants were robbed of their phones and an unspecified amount of cash.

Four of the wounded victims, including children aged between 10 and and 13 years are receiving treatment at the Komfo Anokye Teaching Hospital in Kumasi.

A fifth victim was however on admission at the Foase Health Center, according to the report.

The police at the Foase District have commenced investigations into the incident.