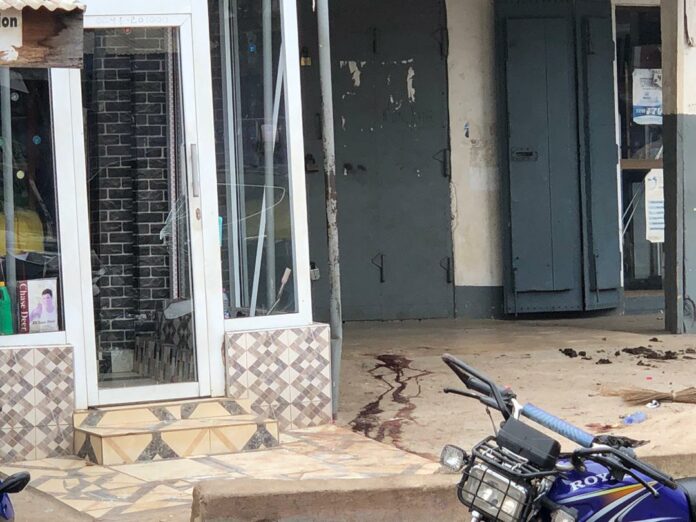 A 16-year-old boy has died after he was hit by a stray bullet at Aboabo Number 2 in the Asokore Mampong Municipality in the Ashanti Region.

The incident occured while some youth were reportedly brandishing guns just after observing prayers to commemorate this year’s Eid-Ul-Adhar celebrations, police and local media said on Tuesday.

One other who survived with life-threatening gunshot wounds is receiving treatment at the Manhyia Government Hospital, dailymailgh.com has gathered.

Blood stains and a locally manufactured weapon was spotted when police visited the scene.

Assemblyman for Aboabo Number 2, Yussif Iddrisu who confirmed the incident to dailymailgh.com said police have since taken over investigations into the matter.

“After the prayers we saw the youth shooting as we normally do in the North… We saw them firing warning shots and during that they found our two brothers on the ground”, the Assemblyman said.

It is not clear whether an arrest had been made but the bereaved family had gathered at the Manhyia Government Hospital following the death of the teenager named as Abdul-Gafar Kassim.