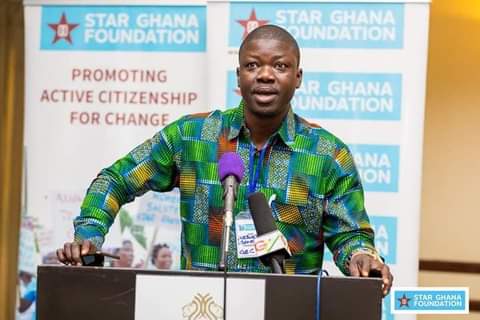 A vehicle belonging to Abdul Hayi Moomen, a broadcast journalist with the Ghana Broadcasting Corporation (GBC) has been burgled.

Moomen who has since shared images of the badly damaged vehicle on Facebook wrote: “He stole my video camera, secret video recorder, lapel microphones, 2 floodlights and a tripod”.

The incident has since attracted comments from social media users who are calling on the police to arrest the culprits and bring them to justice.

There have been calls to end attacks on Ghanaian journalists.

A statement issued by Tiger Eye PI, an investigative firm owned by Anas, condemned the recent threats and attacks on journalists describing the development as “barbaric” and “backward”.

“Tiger Eye P.I calls on the government to condemn these threats and careless utterances be it from a lawmaker, a government official or opposition groups in the strongest terms yet. The security agencies must proactively investigate the sources of death threats and arrest the criminals. The security agencies should not be seen or be used to perpetuate any such attacks or intimidation. We appeal to the National Media Commission and Ghana Journalist Association to do more, particularly in engaging political parties and journalists who pursue public interest journalism”, the statement said.

“The murder of Ahmed Suale is still fresh on the minds of all journalists and sympathisers in this country. No journalist in the country can survive the bullets of their assassins if ever they become targets”, the statement added.