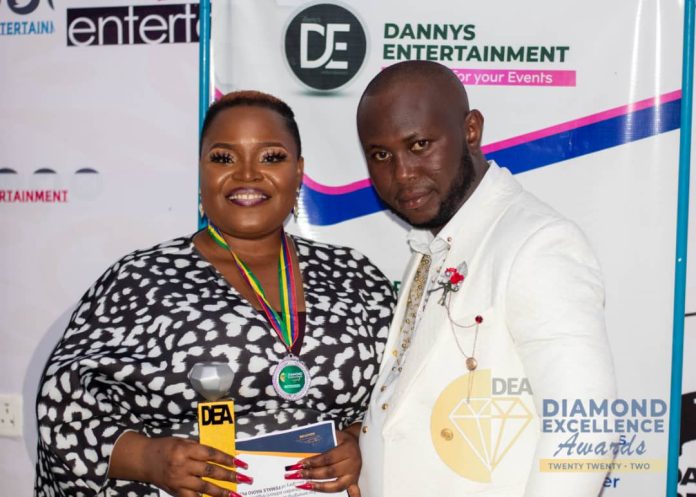 Morning Show host for Accra-based Dadi FM, a subsidiary of Joy Daddy Multimedia, Abena Opokua Ahwenee has won an award at the just ended Maiden edition of Diamond Excellence Awards at Akwatia in the Eastern Region.

The award scheme which was organized by Danny’s Entertainment nominated the News Caster, together with some radio personalities such as Justina Ofori Afriyie of Obooba FM among others for the Female Radio Personality of the year category.

The current morning show host of “Efa Wo Ho” is a versatile journalist with a lot of experience and passion for the radio profession.

She proceeded to EIB Network’s Agoo FM at Nkawkaw as a news caster from 2014 to 2018. She was awarded the position of a Senior Journalist, Deputy News Editor and the Sit-In-Host for the Morning show before leaving for Accra based Dadi FM as the Morning Show Host in 2019.

Ahwenee after receiving the award, dedicated it to Almighty God, her family, friends, listeners and all loved ones who supported her in winning the category.

She was very grateful to the CEO of Danny’s Entertainment Mr. Daniel Opoku Walker and the organizers of the Award Scheme.