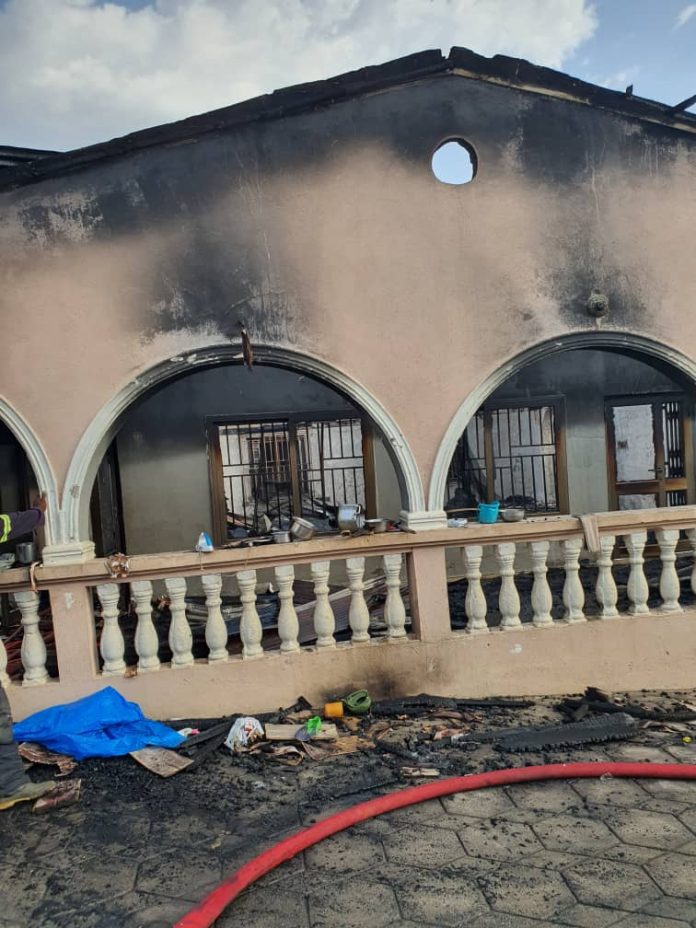 An 11-year-old girl, Tunteya Salmu has been burnt to death at Meduma in the Kwabre East Municipality of the Ashanti region.

The incident happened on Tuesday afternoon, when a six-bedroom house caught fire.

Firefighters who rushed to the scene following a distress call managed to douse the blaze.

Ashanti Regional Public Relations Officer of the Ghana National Fire Service DO III Peter Addai said: “We had a distress call at about 1:57p.m.,that was a fire at Meduma 80, near the Komfo Anokye Senior High School. We swiftly responded to the call and when we got there, the fire had engulfed the entire house and it was at its fully developed stage. We managed to put it under control and finally extinguished it.

The officers however discovered the charred body of the deceased, while assessing the extent of damage.

“An 11-year-old girl lost her life as a result of the fire. Her body was retrieved and handed over to the Mampongteng District Police Command”, the fire spokesperson stared.

He further told Accra-based Asaase Radio that “investigations have commenced to determine the cause of the fire”.

The charred remains were deposited at the Faith Healing Hospital morgue at Ankaase, according to a police incident report as it describes the incident as “unnatural”.

Father of the deceased Abdul Samad Abubakar said he is devastated by the “terrible loss”.

“It’s a sad development. My daughter will forever be missed. The harm has already been caused. I just have to leave everything to God”, he said as some family members gathered to sympathize with the bereaved family.