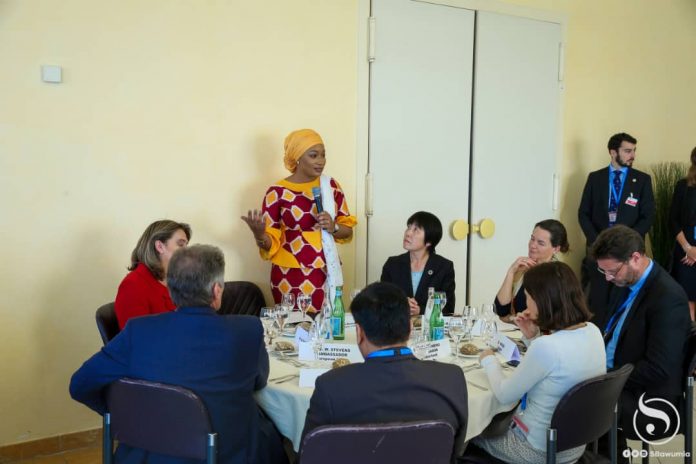 She made this remark on the High-Level Panel on Energy and Health, at the 72nd session of the World Health Assembly (WHA), in Geneva, Switzerland. The session had in attendance; Queen Letizia Ortiz, queen of Spain; and Dr. Tedros Adhanom Ghebreyesus, Director General of the WHO.

Mrs Bawumia, a Global Ambassador for the Clean cooking Alliance, observed that air pollution and its effect on health remain a major challenge, particularly in Asia and Africa.

She said Africa has an air pollution problem in its urban and rural areas, and the problem is compounded by the absence of air quality monitoring systems in most of the countries on the continent.

Over 90% of the world’s population live in settings exceeding the WHO’s Air Quality limits; and this results in over seven million avoidable and unacceptable annual deaths. Again, almost three billion people lack access to clean household fuels and technologies, resulting in about four million deaths each year from exposure to household air pollution.

Also, the Paris-based Organisation for Economic Co-operation and Development Centre estimated that the annual deaths from ambient air pollution across the African continent increased by 36%, between 1990 and 2013. Over the same period, deaths from household air pollution also continued to increase.

Citing the aforementioned data, Mrs. Bawumia told the panel “it is important that our conversation draws linkages between the impact of health and the environment on development and gender issues.”

She said women and children are adversely affected and burdened by time-intensive household tasks, as a result of the usage of unclean cooking fuels with time poverty, and poor maternal health; becoming the end results.

According to Mrs Bawumia, the need to address the impact of air pollution on health, and its attendant effect on sustainable development, is a “human-centred issue, therefore a global issue.”