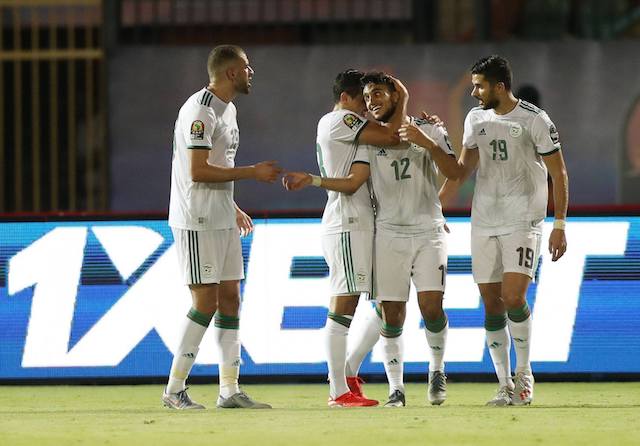 At the June 30 Stadium in Cairo, Ivory Coast disciplined Namibia by four goals to one to finish on second place in Group D of the Africa Cup of Nations.

Max Gradel shot the Elephants in front in the 39th minute before Serey Die made it 2-0 in the 58th minute. Joslin Kamatuka pulled one back for the Brave Warriors before goals from Wilfried Zah in the 84th minute and Maxwell Cornet in the 89th minute sealed an emphatic victory for the 2015 champions.

Elsewhere in the same Group, 2006 African Youth footballer of the year Mbark Boussoufa gave South Africa the sucker punch in the 90th minutes as the Atlas Lions of Morocco topped Group D with three wins out of three games.

Also in Group E, Algeria condemned Tanzania to their third defeat which has effectively sent the East Africans out with one goal from Slimane and a brace from Adam Ounas all in the first half.

Kenya put up a spirited performance but still lost 3-0 to Senegal thanks to a brace from Sadio Mane and one from Ismaila Sarr all in the second half.