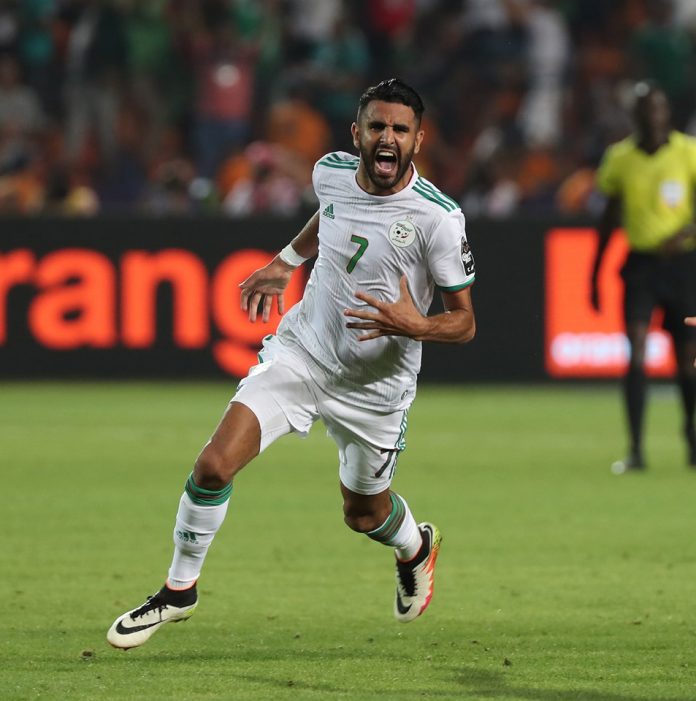 Nigeria took on Algeria in the second 2019 Africa Cup of Nations semi-final, with both teams seeking a spot in Friday’s final. Riyad Mahrez’s injury-time winner ensured that Algeria, not the Super Eagles, nicked the ticket.

The north Africans looked more threatening from the start of the match. Baghdad Bounedjah failed to convert after goalkeeper Daniel Akpeyi fluffed a ball he leapt to save. Algeria missed another glorious chance when an early pass was played over the defence and, with Kenneth Omeruo failing to defend it, Bounedjah pounced. With only the goalkeeper to beat, though, the Al Sadd man hit a weak shot straight into Akpeyi.

A lovely pass was knocked into the path of skipper Mahrez, with three players to his left. He dazzled past Jamilu Collins and delivered a cross which — via a slight deflection off Collins — went in off William Troost-Ekong for the opener.

The second half was less action-packed, with chances rare. But Nigeria equalized through Odion Ighalo in the 72nd minute when referee Bakary Gassama made a penalty call after a thorough review with the help of VAR, and the Shanghai Shenhua forward made no mistake in converting.

Then came Mahrez, deep into added time, to stop the game from traveling any farther. The Manchester City attacker stepped up to take a free-kick after Ismael Bennacer had been fouled on the edge of the penalty box, curling the ball beyond the wall and an outstretched Akpeyi.

Algeria now progress to the final to play earlier victors Senegal in what should be a mouth-watering encounter in Cairo come June 19.