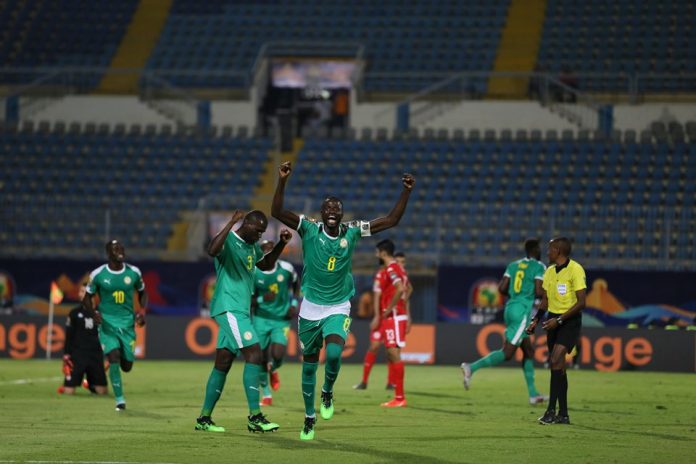 A blunder by Dylan Bronn ensured Senegal emerged victorious against Tunisia in the first of Sunday’s two Africa Cup of Nations semi-final clashes. The first half proved almost one-sided, as Aliou Cisse’s men dominated almost every aspect of the game.

Youssouf Sabaly should have put Senegal in front but his shot, after cutting-in from the left, hit the goalpost to keep the scoreline unchanged. The Teranga Lions, with so many shots but failing to register a goal, scuffed a couple of opportunities in the 35th minute. M’Baye Niang missed from close range and Sadio Mane also shot wide after rounding goalkeeper Mouez Hassen.

Tunisia failed to threaten in the first 45 minutes, with the likes of Wahbi Khazri and Youssef Msakni finding it difficult to penetrate. The Carthage Eagles started the second half strongly with Yassine Khenissi missing a one-on-one after being put through, and Alfred Gomis also saving from Ferjani Sassi.

It was all Tunisia after recess, but, once again, Gomis was quick to come off his line to deny Khenissi. Alain Giresse’s side missed from the spot when they were awarded a penalty by referee Bamlak Tessema Weyesa, after the ball had struck the arm of Kalidou Koulibaly. And Gomis took advantage of a poorly taken penalty by Sassi to keep the north Africans at bay.

It was the turn of Senegal as they were awarded a penalty at the another end, the result of a bad challenge on Ismaila Sarr, only for Henri Saivet to have his kick saved by the Tunisian goalkeeper. Saivet looked set to make up for his mistake from the spot, but his well-taken shot found the side-netting.

Extra-time, however, saw Dylan Bronn put into his own net a cross from a set-piece in the 101st minute that Hassen flapped at. VAR came to Senegal’s rescue as the referee rescinded his decision to award a second penalty to Tunisia after watching the replay. And so, with the own goal, Senegal now progress to the final where they meet an Algerian side that triumphed over Niegria.

AFCON 2019: Agyepong out of Ghana-Cameroon game