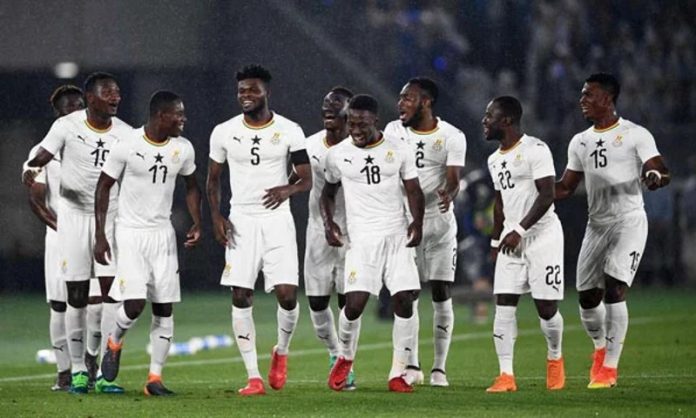 Friday’s draw in Giza, Egypt, for the summer’s Africa Cup of Nations — the biggest yet, with two dozen teams featuring — saw Ghana housed in Group F, alongside opponents of varying strengths in Benin, Cameroon and Guinea-Bissau. So just what could be expected against each?

Benin have been at the Afcon only thrice prior, never making it past the group stage. The first of those appearances, in 2004, was masterminded by the late Cecil Jones Attuquayefio, a Ghanaian; the most recent, nine years ago, ended in such disappointment that triggered the dissolution of the national team and exit of head coach Michel Dussuyer. The Frenchman is back at the helm, though, on a mission to redeem himself following his earlier unsatisfactory spell with Les Écureuils and subsequent failure to steer Ivory Coast’s title defence at the last Afcon. Beating neighbors Togo to a ticket for the 2019 edition in a final-day six-pointer was great, but Benin now have to begin the campaign in Egypt with a date against another neighbor, albeit one slightly more distant and significantly more illustrious: Ghana. On a personal level, Dussuyer has a few scores to settle with a Black Stars team that dished out a humbling when his Guinea sought to progress at the 2015 Afcon finals. Ordinarily, Benin aren’t the most formidable opponents, but with all that history as backdrop for the group opener in Ismailia, Ghana can’t take much — if anything — for granted.

The other heavyweight in Group F is the one team Ghana would be wariest of, and for good reason. Cameroon, remember, were the force that derailed Ghana’s pursuit of glory at the 2008 and 2017 editions of the Afcon, beating the Stars 2-0 in the latter instance en route to their own ultimately successful capture of a fifth title. Now reigning champions, Cameroon are arguably stronger, hoping to become the first to defend the African crown since Egypt did at the end of the noughties. Some key players who skipped that title-winning ride are back in the fold, under the guidance of Dutch football legend Clarence Seedorf, reinforcing the ranks of Les Lions Indomptables. There could be more to fight for after that June 29 duel, of course, with each having one last group game to honour three days later, but this clash has all the makings of a classic. Ghana-Cameroon never disappoints, does it?

Guinea-Bissau’s national team is nicknamed after the African wild dog (Djurtus, they’re called) but, on paper, there’s hardly anything frightening about this pack. Out on the pitch come July 2, though, Ghana would do well not to disregard this seemingly innocuous opposition. The tiny West African nation may have qualified as merely the best of four poor teams in Group K, picking only half of the total number of points contested, but the fact that even former Afcon champions Zambia succumbed to them during the series is warning enough. Baciro Candé’s team fought bravely on its Afcon debut in 2017, and the fight could be even stronger this time. If Ghana don’t get their job of qualification done ahead of that final group clash, they might be in for a sucker punch in Suez, however unlikely.