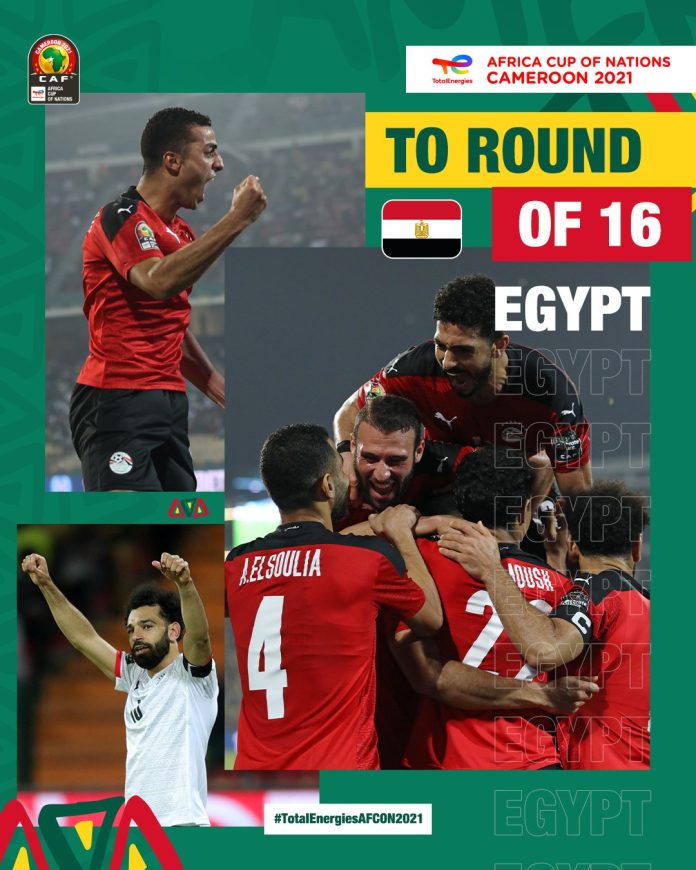 Pharaoh’s of Egypt Crawled into the knockout stage of the ongoing Africa Cup of Nations tournament in Cameroon with slim win over Sudan.

The record Africa Cup of Nations winners grinded an important win in their last group game of the competition over their regional rivals.

The first half was partly dominated by the Red and Whites as they played better compared to their opening two matches against Nigeria and Guinea Bissau.

Ten minutes to go into the break, Mohamed Abdelmoneim scored the opening goal of the match to break the deadlock on the 35th minute mark.

Liverpool star Mohammed Salah came close to scoring the second goal but all his efforts were not good for enough to get him his second goal of the match.

The Egyptians won the game by a lone goal and seal their place in the knockout stage of the ongoing Africa Cup of Nations tournament in Cameroon with their second win after losing to Nigeria in their first game.