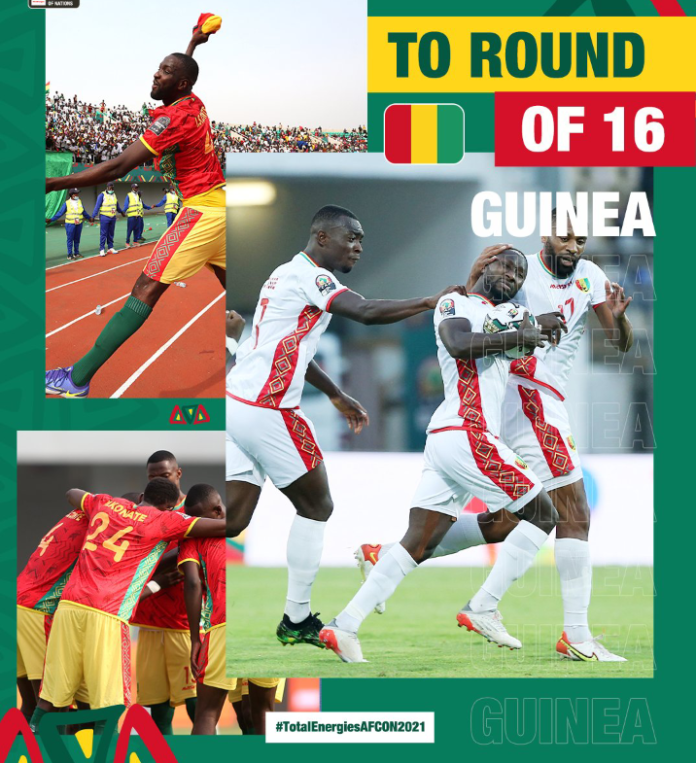 Guinea booked their place in the knockout stage of the ongoing Africa Cup of Nations tournament despite defeat to Zimbabwe on Tuesday evening.

The Syli Nationale finished second in the group though they loss their last group to the Warriors of Zimbabwe in Yaounde.

Captain for Zimbabwe, Knowledge Musona opened the scoring in the first half after 26 minutes with a beautiful strike.

Kudakwashe Mahachi made it 2-0 to the Warriors of Zimbabwe on the stroke of half time as Guinea were given a reality check before the break.

Liverpool star Naby Keita scored a consolation for the Syli Nationale but his goal was not enough to prevent his team from defeat.

Despite losing the game, Guinea progressed to the next round of the competition level on points with Malawi but with a better head to head record as Malawi must wait for all the groups to complete their third round of games to know their fate.