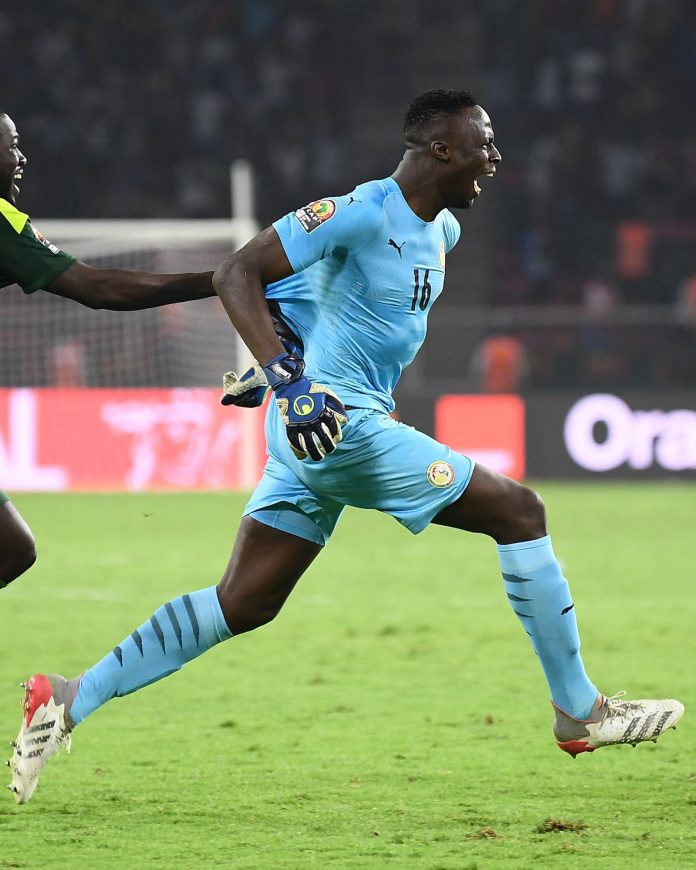 Senegal and Chelsea shot stopper, Édouard Mendy was named as the Best Goalkeeper of the 2021 Africa Cup of Nations tournament in held in Cameroon.

The Chelsea goalie saved a decisive spot kick in the final of the 33rd CAF Africa Cup of Nations tournament in Cameroon against Egypt to help his side secure their first continental trophy.

He kept two clean sheet in his first two games before he considered against Equatorial Guinea in the quarter-final when Senegal won the game with a comfortable 3-1 victory.

He again conceded in the semi-final against a very good Burkina Faso side to make it two goals conceded and two clean sheets in four outings.

In the final game of the tournament, the Chelsea FC player who won FIFA Best Goalkeeper for 2021 and the UEFA Champions League and Super Cup winner kept his third clean sheet in the tournament.

Mendy went ahead to make it crucial save during the penalty shootout to give Mane the chance to win the trophy with the final kick from 12 yards to break Senegalese trophy drought.

It was Senegal’s third final appearance in the tournament and were third time lucky as they lifted the covetous Africa Cup of Nations trophy for the first time.

Mendy will return to Chelsea in the Premier League as the Best Goalkeeper both in Africa and the World at large after his award.

I’ve no issue with Mahama – Rawlings