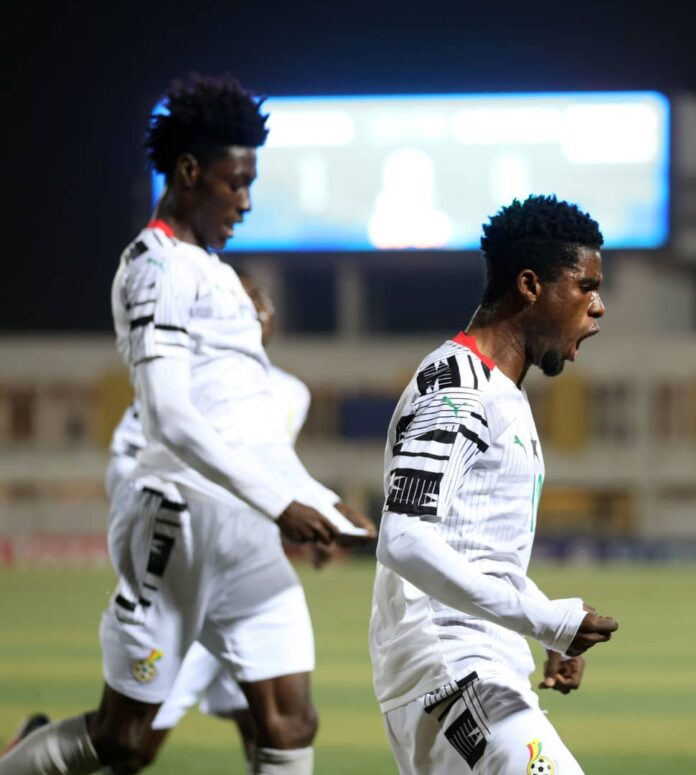 Ghana’s Black Satellites defeated the Hippos of Uganda in a scintillating finals to lift its fourth trophy in Mauritania on Saturday evening.

Uganda started the game on a blistering pace and dominated the early exchanges of preceding with some eye-catching display but failed to make good use when they missed two opportunities to go in front in the first 15 minutes of the match.

Ghana grew in confidence after the quarter hour mark and started making incursions into the opponent half with great link up play from defense to attack.

In a space of a second, the Black Meteors hit the cross bar twice following a corner kick and started dictating the pace of the match with a dominant display.

Accra Hearts of Oak striker, Daniel Afriyie Barnieh poked home the game’s opening goal from a close angle with his left toe to give the Ghanaians a very well deserved lead before the end of the first 45 minutes.

Six minutes into the second half, the Ghana captain, Barnieh reacted the quickest in the box to score his second goal of the match with another left-footed finish after Percious Boah’s deflected cross from the left felt perfectly in his path to make it 2-0.

Afterwards, the game became a ding dong affair with both teams pushing for goals with Uganda starting to create some openings and calling Ghana’s goalkeeper Ibrahim Danlad into action.

The Uganda’s pressed and pushed but could not find their way past the Ghana defense as it ended 2-0 to the Ghanaians who wins their first trophy since 2009 in Rwanda.

#JusticeForRuthEshun: What we know so far