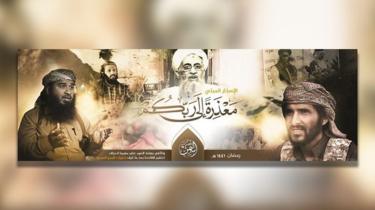 West Africa’s Sahel region has become the latest scene of jihadist in-fighting, after Islamic State group (IS) revealed it is engaged in fierce clashes with al-Qaeda militants in Mali and Burkina Faso.

IS made the revelation on 7 May in a detailed report in its weekly newspaper al-Naba.

It blamed al-Qaeda’s Sahel affiliate, Jamaat Nusrat al-Islam wal-Muslimin (JNIM), for starting the fight and mobilising large forces to attack IS positions in the two countries.

The scenario is familiar. IS and al-Qaeda affiliates have already locked horns in other jihadists hotspots, such as Yemen, Somali and Syria, competing for influence, recruits and resources.

The IS article contradicts mainstream reports from earlier this year that suggested the two groups were collaborating in the region.

The in-fighting could have an impact on jihadist operations against local and foreign troops in the Sahel, where both groups have significantly stepped up attacks since last year.

Image copyrightISLAMIC STATE PROPAGANDA
Image caption
IS revealed the clashes with JNIM through its weekly newspaper al-Naba
What did IS say?
In its report, IS decried recent al-Qaeda attacks on IS militants in Mali and Burkina Faso, where both groups are active.

It said JNIM, on the orders of its leaders Iyad Ag Ghaly and Amadou Koufa, had amassed big forces to target IS on a number of occasions in both countries since April.

It also complained that JNIM was blocking fuel supplies from reaching IS militants and detaining locals suspected of supporting IS.

This JNIM move, IS said, coincides with an upscale in operations against IS by regional African and French troops in the Sahel.

JNIM, IS claimed, used these conditions as an opportunity to target IS at this particular time.

It alleged that IS was the only obstacle facing JNIM today, since the latter has agreed to hold talks with the Mali government and has allegedly made peace with all pro and anti government forces and tribes in northern Mali, including “the pagan” Dogon self-defence militias.

IS has previously sought to use JNIM’s willingness to open dialogue with Malian authorities as a means to undermine the al-Qaeda group’s jihadist credentials.

Why now?
It is not clear why IS and JNIM have not publicly discussed the clashes until this latest IS report, especially given that, according to IS, there has been heavy fighting since 17 April.

The IS revelation, however, follows an unverified statement attributed to JNIM and shared online on 5 May by unofficial jihadist accounts, in which the al-Qaeda group firmly rejected a purported IS ceasefire proposal.

If the statement is authentic, it may explain why IS decided to go public with the story now.

The alleged JNIM statement came in response to an unverified audio message shared online in April and attributed to an IS Mali commander identified as Abdel Hakim al-Sahraoui. The purported IS message proposed a truce if JNIM agreed to pay blood money for slain IS fighters and to release IS prisoners.

Neither group has officially referred to the unverified messages attributed to them.

Image copyrightISLAMIC STATE PROPAGANDA
Image caption
IS recently released a ‘documentary’ that condemned al-Qaeda as “apostates” and sell-outs
The latest IS revelation finally confirms what local media have been reporting for weeks regarding hostilities between the two groups in Mali and Burkina Faso.

It also puts to rest mainstream media reports citing military officials earlier in the year that warned that IS and JNIM were collaborating and that this increased the jihadist threat in the Sahel. These reports, however, were never supported by messaging or propaganda from either group.

Al-Qaeda-IS rivalry
The IS-JNIM clashes are the latest episode in years of in-fighting between IS and al-Qaeda.

The reasons are similar: IS accuses al-Qaeda of going soft and deviating from core jihadist principles, while al-Qaeda portrays IS members as blood-thirsty ultra-extremists who violate Sharia law and give “the mujahidin” a bad name.

To reiterate its stance against al-Qaeda, IS recently put out a lengthy “documentary” video listing all the reasons that allegedly made al-Qaeda and its branches, including JNIM, “apostates”. The group used the video to urge al-Qaeda members to defect to IS.

IS’s latest complaint about coming under heavy attack from JNIM in Mali and Burkina Faso is reminiscent of its claims in November 2018 bemoaning al-Shabab attacks on its positions in Somalia. This came shortly before the two engaged in active fighting and threatened to wipe each other out.

The latest Sahel fighting also coincides with heightened IS rhetoric against al-Qaeda’s branch in Yemen, AQAP. The two groups have been fighting since July 2018.

In both Mali and Yemen, IS accuses its al-Qaeda rivals of secretly collaborating with either “secular” or government-linked forces and militias to fight IS.

IS is also engaged in fighting against the Taliban in Afghanistan. IS has used the Taliban peace talks with the US, and JNIM’s readiness to talk to the Mali government as key arguments to undermine these groups, in the hope of winning over their hardline members.

What next?
Jihadists have significantly stepped up their attacks in the Sahel countries since last year, prompting additional regional and international alliances and military campaigns in an effort to tackle the growing threat.

JNIM has certainly emerged as one of two of al-Qaeda’s deadliest branches, along with al-Shabab in Somalia.

Meanwhile, IS in the Sahel – which officially calls itself “West Africa Province” but is widely known as Islamic State in the Greater Sahara (ISGS) – has quickly established a firm foothold in the Sahel countries despite only revealing activities there in March last year.

The group has claimed a number of attacks with large death tolls on the armies of Mali, Niger and Burkina Faso.

The latest jihadist infighting may distract the two groups and affect their ability to continue to plan and stage attacks against local armies and their foreign backers. The IS report painted a picture of serious IS-JNIM clashes involving deadly attacks and large numbers of fighters. It also suggested that IS was at a numerical disadvantage to JNIM.

The in-fighting may also undermine both groups’ jihadist reputation and their ability to win recruits in the region. It is harder to convince locals to join a fight against fellow jihadists rather than government or foreign troops. Jihadists themselves often largely blame the weakening of the jihadist efforts in Syria on the in-fighting between the various groups.

This may be another reason why both IS and JNIM have not publicly spoken about the fighting until now.

Tanzanian comedian in court after laughing at president

Israeli Embassy in Ghana on strike