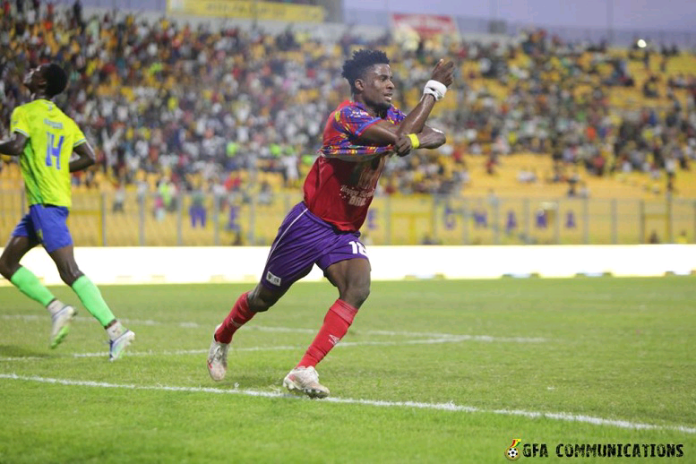 Legend of Accra Hearts of Oak SC, Charles Taylor says Daniel Afriyie Barnieh plays just like him during his hay days in the Ghana Premier League.

Barnieh led the Phobians to beat Bechem United FC in the 2022 MTN FA Cup final at the Baba Yara Sports Stadium in Kumasi on Sunday afternoon.

Taylor, who won the FA Cup with Hearts back in 2000, was hugely impressed with Barnieh’s goal and overall play, stating that the player does not get as much credit as he deserves.

“Afriyie Barnieh reminds me of myself in my prime. The goal he scored yesterday was quite difficult for any player to score,” Taylor is quoted as having said on Angel TV.

“The run & technique was excellent and if this goal had been scored by a player in Europe, he’d have been all over in the media.”

Hearts will represent Ghana in the 2022-23 CAF Confederation Cup competition following their FA Cup triumph over the Hunters.

We don’t know how to steal State funds unlike NDC –...