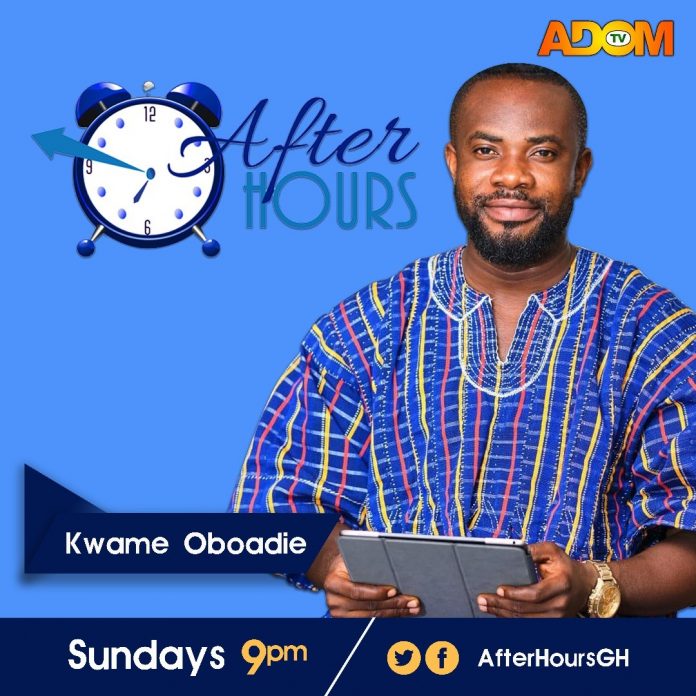 After Hours, a satirical political show which previously aired on TV3 but has been off air for almost a year is making a return to TV, with new host Kwame Oboadie.

During its runtime on TV3, After Hours received nationwide acclaim and topped prime time ratings. The late-night talk show saw a plethora of prominent figures in the entertainment and political scene interviewed about their personal lives, careers, and much more.

Known for his goofy social media videos in which he often tackles topical issues going on in the country, Kwame Oboadie has amassed hundreds of thousands of followers on Social media and looks to enjoy the same level of success on television.

After Hours will premiere on Adom TV on Sunday the 9th of June and air same time every subsequent Sunday.