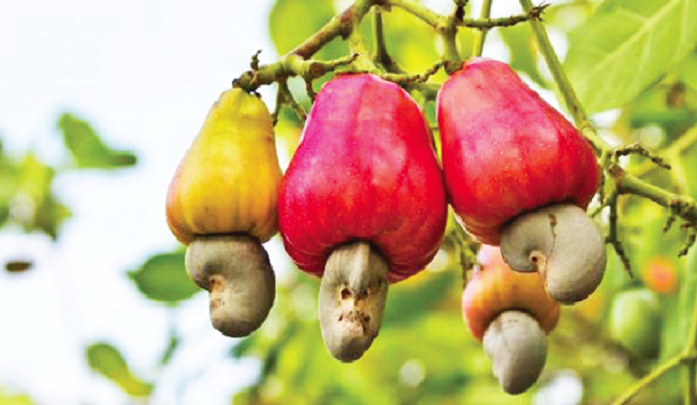 The Ghana Agricultural and Rural Development Journalists Association (GARDJA) has launched an advocacy initiative to help create a sustainable cashew sector in the West African nation.

Cashew is increasingly becoming a key agricultural export commodity, raking in millions of Dollars for the country’s economy.

President of GARDJA said available data by the Ghana Export Promotion Authority (GEPA), shows that the country earned $981 million from the export of cashew in 2016, making it one of the leading agricultural export commodities after cocoa.

The crop is currently grown on more than 89,000 hectares of farmlands across the country, creating an estimated 40,000 jobs in production and even more in  processing and logistics.

Ghana has the capacity to grow more cashew because of its potential to adapt to climate change  effects, and its profitability.

However, the expansion of the sector has suffered a number of set backs including difficulty in accessing finance, weak organisation of stakeholders, underexploited potential  of local processing, low yields and insufficient access to improved planting material, as well overall absence of an enabling policy environment.

Also, over the years, sufficient media attention has not been paid to these challenges so they catch the attention of decision makers to address them.

As part of this initiative, GARDJA will work with various partners to increase cashew related visibility in the Ghanaian media, as well as strengthen capacities of media stakeholders so they can put cashew issues at the fore front of media and political discussions.

Information on agronomic practices of cashew, farmer-related activities, organisation of stakeholders, prices, climate change adaptation and mitigation, among others, will be disseminated to journalists.

The initiative will also seek to bring to the fore issues around the current state of local processing of cashew and provide answers to questions on how an enabling environment for the sector can be created.

Overall, the objective of this collaboration is to strengthen and build the technical capacities of journalists and editors, as well as other relevant media stakeholders on the cashew value chain through training, field visits, and support for the publication of cashew related stories.

As an association of more than 200 journalists and communication experts within the agricultural value chain, it is our hope at GARDJA that this initiative will go a long way to help create a sustainable cashew sector that both supports good quality livelihoods for cashew farmers, and improve upon the Ghanaian economy.

“We look forward to working with various stakeholders including the Ministry of Food and Agriculture, cashew farmers, cashew processers, among others to make this initiative as success for the benefit of mother Ghana.”