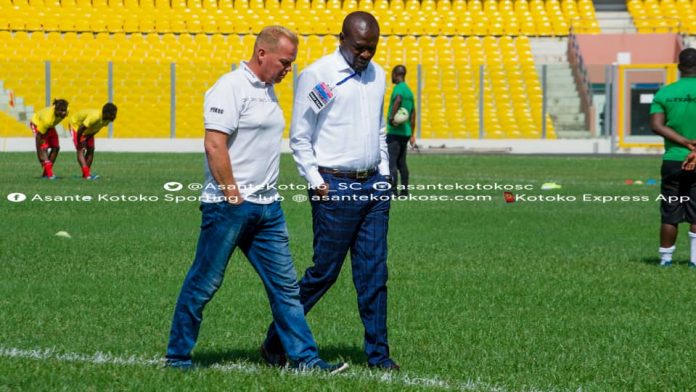 Former Asante Kotoko coach C.K Akonnor has hauled the club before the status committee of the Ghana FA over contractual breaches.

Akonnor is demanding compensation over how is contract was handled ahead of the Champions League.

“I have taken the matter to the Ghana Football Association’s legal committee to probe further on the situation,” the former Ghana international told Dailymailgh.com on Wednesday.

“The case is in the hands of my lawyer who was privy to the contract I signed with the club,” said Akonnor.

He added: “I do not want to be commenting on the issue because it’s in the hands of the legal team of the GFA.”

Asante Kotoko will appear before the committee on August 15, 2019.

Akonnor was replaced by Kjetil Zachariassen after rejecting the role of technical director.

Harruna Attah writes… In Memoriam: An Open Letter To Our Judges