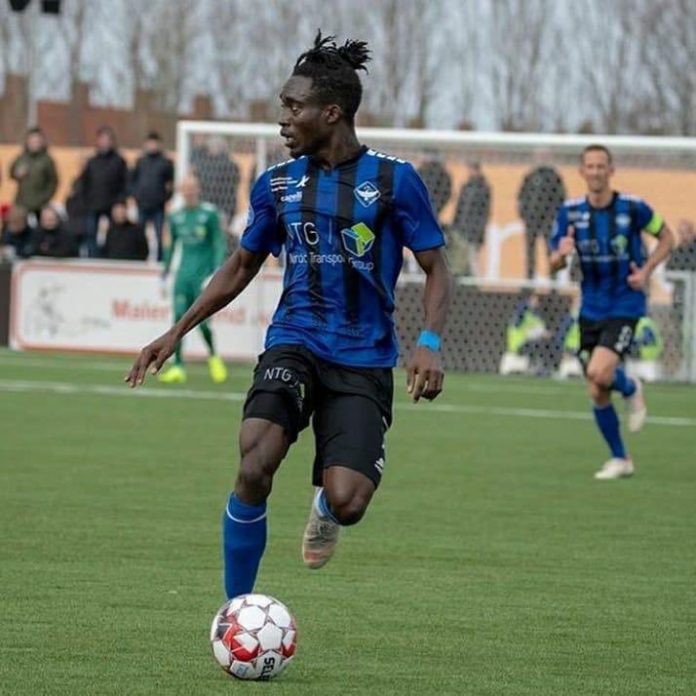 Yamoah bagged his first ever professional hat- trick to seal Koge’s qualification to the next round of the Danish DBU Pokalen on Wednesday evening.

The forward played the entire duration of the match at the TGB´s anlæg where he also gave a beautiful assist in the match.

He opened the scoring in the 3rd minute before getting his side’s second just after the 22nd minute mark.

He also provided an assist for Mads Christiansen first goal which was the Club’s third before completing his hat trick 11 minutes before half time.

Hoge after the emphatic win have now advanced to the next stage of the competition.