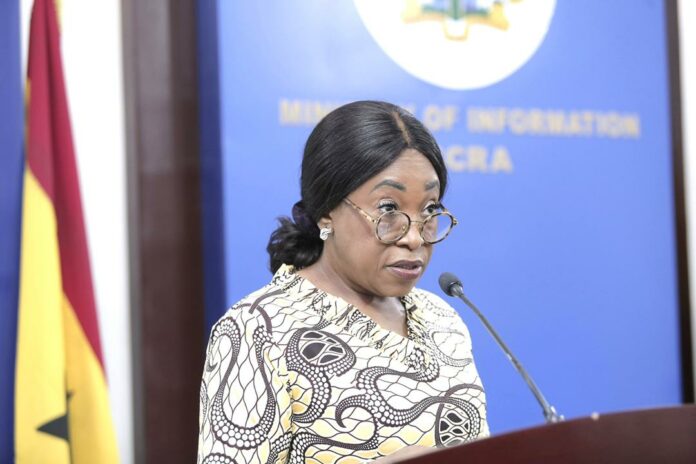 Chairman of the Economic Community of West African States (ECOWAS), President Akufo-Addo will on Thursday September 15, 2021, convene an Extraordinary Summit of the ECOWAS Authority of Heads of State and Government to brainstorm over the political situation in the Republic of Guinea.

It will be recalled that Lt. Col. Mamady Doumbouya, Leader of the Special Forces Group, ousted President Alpha Conde in a successful coup d’etat staged in Conakry, Guinea on Sunday September 5, 2021.

Following this incident, the Authority of Heads of State and Government of ECOWAS convened an Extraordinary Session via videoconference on 8th September 2021, under the Chairmanship of President Akufo-Addo, to review the political situation in Guinea as well as the political transition in Mali.

This the Authority decided, among others, to immediately dispatch a high-level ECOWAS mission to Guinea to assess the situation on the ground.

Addressing journalists at a press conference in Accra today September 15, 2021, Minister for Foreign Affairs and Regional Integration, Shirley Ayorkor Botchwey said the summit is to provide the ECOWAS Heads of State and Government with an account of their visit to the West African state and deliberate on the way forward.

She said “the forthcoming extraordinary session of the ECOWAS Authority is, therefore, being held to enable the high-level mission report to the Authority after which the latter will deliberate and consider the next steps to be taken towards the restoration of the country to the path of democratic governance and constitutional rule

“The summit will, therefore, have a single agenda where I will lay before the Authority the report of the ECOWAS High-Level Mission to Guinea, which was undertaken on Friday, 10th September 2021,” she added.

The summit is expected to lead to the blocking of some major roads and traffic management in Accra to facilitate the smooth movement of ECOWAS Heads of States from the Kotoka International Airport (KIA) to the meeting venue.

The roads that will be temporarily closed are the Opeibea route along the Liberation Road through to the Independence Avenue to the National Theater and onto the Gamel Abdul Nasser Avenue to the Kempinski Gold Coast Hotel.

The Director of Public Affairs of the Ghana Police Service, Supt. Alexander Kwaku Obeng said policemen would be deployed to critical intersections on the route from the KIA to the Kempinski Hotel to ensure the smooth flow of traffic and assist motorists on roads that would be used by the dignitaries.