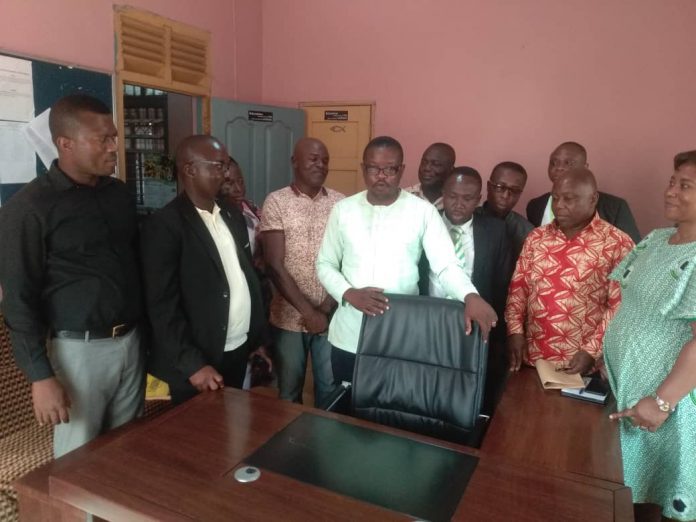 Officials of the Amanano Rural Bank have reaffirmed their commitment to partnering the Ghana Education Service (GES) to provide quality education in their catchment areas.

This was made known after the bank provided furniture to the office of the District Director of Education to aid his work.

It follows widespread reports highlighting the plights of officials who sometimes face difficulties when carrying out their duties.

The officers are reeling over the state of the building —coupled with lack of office equipment and also inadequate office tables and chairs.

At a brief ceremony, Head of Marketing and Business Development at Amanano Rural Bank, Mr Festus Walton said the initiative was facilitated as part of the Bank’s corporate social investment for the Bosomtwe District.

According to him, because the bank is owned by the people, part of the profit needed to be committed to supporting the communities at all gestures.

On his part, District Director of Education, Mr. Prince C. Agyemang-Duah expressed appreciation to the Bank for the support.

He called on other stakeholders to emulate same.