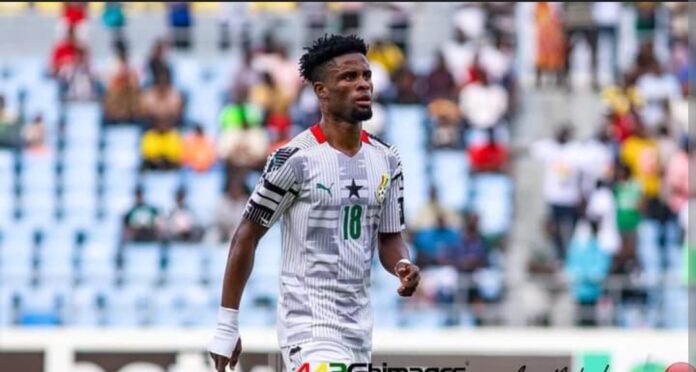 Major League Soccer in America side FC Cincinnati have tabled an offer worth half a million Euros for the services of Hearts of Oak forward Daniel Afriyie Barnieh, Dailymailgh.com understands.

Cincinnati are interested in contracting the Ghana international forward for the 2023 campaign which is starting in February.

The American club want to use their relationship with Hearts to be able to get the signature of the highly-rated footballer before the new season begins in two months.

Cincinnati, along with Bundesliga club TSG Hoffenheim and the Phobians, unveiled a “Common Value Club Alliance” in April this year.

Afriyie Barnieh and his representatives have already rejected moves to the Spanish club CD Leganes and one Sudanese giant club.

Negotiations between Hearts and Cincinnati have been progressing well but Afriyie Barnieh and his representatives have yet to take a decision over this deal. The 21-year-old forward is attracting a lot of offers from Africa and Europe following his stint with the Black Stars during the World Cup in Qatar.

Afriyie Barnieh was named in the final squad for the global football tournament and excelled in the final warm-up game against Switzerland in Abu Dhabi.

Afriyie Barnieh earned himself a place in the Black Stars’ World Cup squad after his impressive performances for the home-based national team (Black Galaxies) and the Ghana U23 team.

He is currently in camp with the Black Galaxies in Egypt where they continue their preparations for next year’s CHAN tournament in Algeria.

He was the captain of the Ghana team when they won the U20 Africa Cup of Nations in Mauritania in 2021, scoring both goals in the final against Uganda.

The youngster has been an outstanding performer for Hearts since signing for the club in July 2019, having won the Ghana Premier League and the FA Cup back-to-back.

EPISODE 1: When The Sun Pointed South