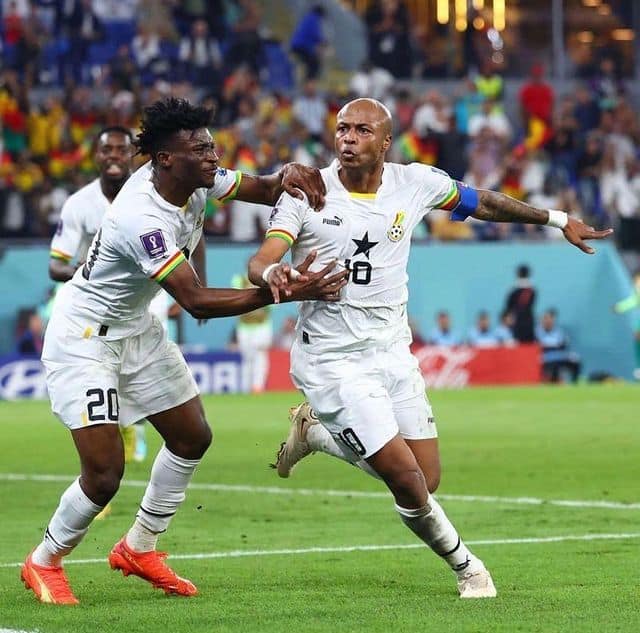 Ghana captain Andre Ayew is the first player to score a goal for an African nation at the FIFA World Cup in Qatar and looks ready for the game against South Korea on November 28.

The most capped Ghana player connected to a Mohammed Kudus pass, to level the scoreline in Ghana’s Group H opener against Portugal.

Ronaldo had scored the opener from the spot for the 2016 European champions, before the Al Sadd forward levelled ten minutes later.

Senegal, Tunisia, Morocco and Cameroon had all failed to score in their opening games, with the African champions losing their opener to the Netherlands.

Ayew has now netted three goals at the World Cup, making his third appearance at the global stage.

Meanwhile, in a thrilling encounter, Ronaldo, Joao Felix and Rafael Leao scored for the Portuguese, while Ayew and Osman Bukari netted for Ghana.

Ayew must produce another warrior performance for his country in their second group game at the 2022 FIFA World Cup tournament in Qatar to have a chance to play in the knockout stages of the mundial.

Ghana will next face South Korea, before finishing their group with a clash against Uruguay on December 2.