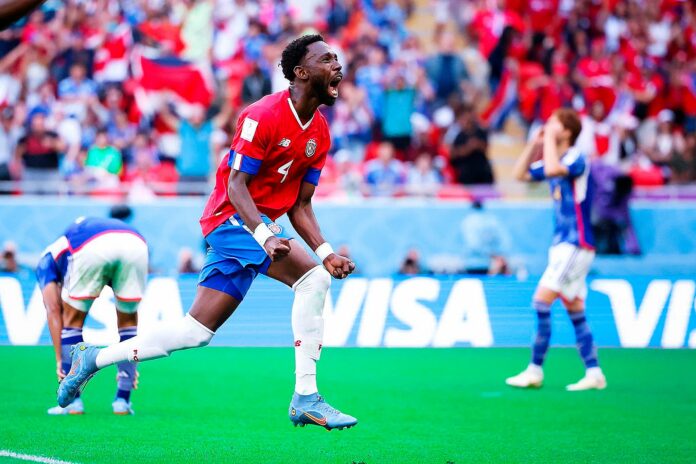 Los Ticos of Costa Rica shocked the Sumarai Blues of Japan in their second group game of the 2022 FIFA World Cup tournament in Qatar on Sunday afternoon in Qatar.

The North American country claimed an unlikely victory over Japan through Keysher Fuller’s late winner that throws the Central American side a lifeline at the 2022 World Cup.

The defender found himself just outside the box with 10 minutes to go, unleashing a fine, curling shot that Japan goalkeeper Gonda could not deal with.

It was Costa Rica’s first shot on target of the tournament, and following their 7-0 thrashing by Spain it gives them a win that few would have predicted.

The Blue Samurai, with five changes from the side that beat Germany, looked lethargic and only picked up after the break when Ito and particularly Asano came on.

Scrambled saves from Keylor Navas kept Japan at bay late on, leaving the group poised enticingly ahead of Spain’s meeting with Germany this evening (Sunday).