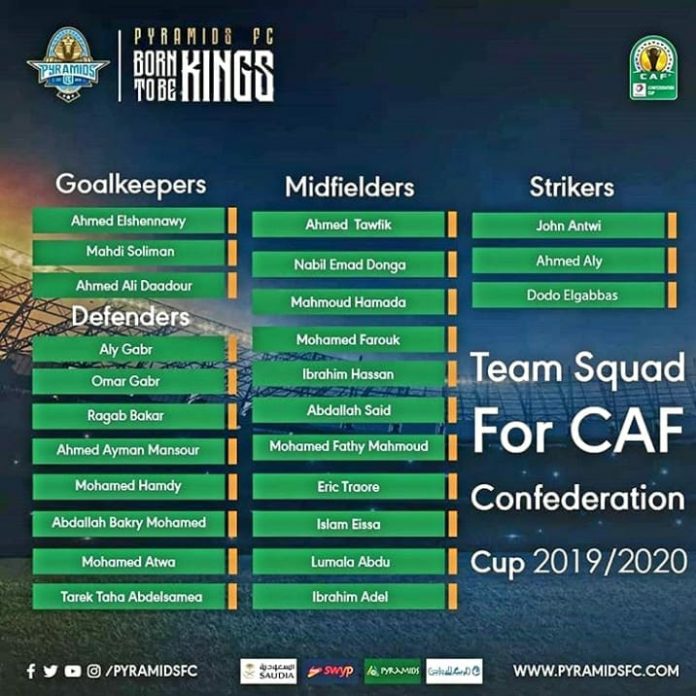 Antwi joined the mega rich Egyptian side from Misr El Makass for an undisclosed fee in a three-year deal on Tuesday and has been included in their list for their Africa campaign.

The Ghanaian goal poacher is among three strikers Pyramids FC will be using in the Africa second tier competition with the others being Ahmed Aly and Dodo Elgabets.

Antwi, 26, has been very consistent in Egypt over the past six years netting a total of 81 goals and providing 20 assists in 156 games across all competitions.

He is expected to play a key role when Pyramids FC host Etoile du Congo on August 9 in the first leg of the Confederations Cup preliminary round game at the June 30 Stadium.

500 schools in UK to be supplied with Made-in Ghana science...