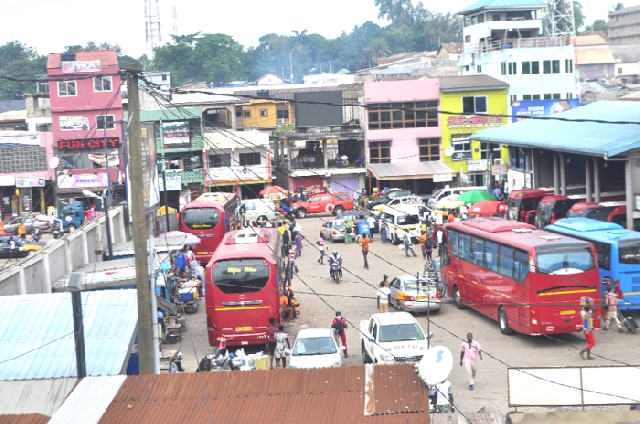 Some angry drivers at the Asafo Market bus terminal in Kumasi are up in arms against Member of Parliament for Bantama—accusing the lawmaker of illegally operating two separate transport services within the enclave.

To register their disquiet, the drivers on Tuesday, October 29, reportedly mounted roadblocks preventing a number of 2M Express buses allegedly owned by Mr Daniel Okyem Aboagye from operating at the terminal.

Police officers were called to the scene to restore calm as they removed the blockade created by the protesters who belong to various transport unions at the bus terminal.

According to the transport unions, the Bantama MP initially had buses which were operating from the VIP terminal but later created his own terminal within the same market.

The aggrieved transport unions said the MP has also created a second terminal within the same market which, according to them, contradicts the rules and regulations governing the various transport unions at the Asafo Market arena.

The Second Trustee for the VIP bus station, Mr Francis Asamoah told reporters that they will not allow the MP to create another bus terminal in the area, hence, the demonstration.

Fuel prices to remain stable due to Cedi appreciation – IES