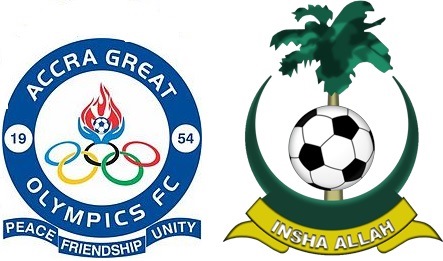 It was to elect a President that delegates of the Ghana Football Association met at the 2019 Elective Congress last Friday, but before that, another business — also of importance — required handling.

Some sound reasoning by newly elected Executive Council member Randy Abbey, supported by a majority of 64 votes, saw Division One sides Great Olympics and King Faisal reinstated in the top-flight they exited two and five years ago respectively.

The legitimacy of those demotions — over different, drawn-out issues — had long been contested, and with the litigation dragging on for seemingly forever, an end was sought. And what better time than now, when the Ghanaian game — nearing the end of a thorough purge — is being issued a clean bill of health!

For the new GFA administration, this decision — met with an almost palpable collective sigh of relief – helps it steer clear of any lingering legal battles, offering a truly fresh start to implement the sweeping measures of reform we have heard so much about in recent weeks of campaigning. For the league, having Faisal and Olympics — two of the Ghanaian elite division’s most colorful and entertaining clubs until latter-day troubles set in — back in the fray wouldn’t hurt, and there aren’t many fans who would feel shortchanged by their presence.

And for the clubs themselves, this is a return they would argue is long overdue, even if it wasn’t granted on the merits of their cases; it also doubles, if you ask Faisal owner Alhaji Gruzah and Olympics director Fred Pappoe, as some sort of consolation for losing bids to be at the high table of the new-look GFA.

Granted, the returning clubs might not even prove good enough to survive the drop at the first attempt (five teams get relegated at the end of the next Premier League season for a quick reversal to the old 16-club structure), but they will at least feel a measure of justice — delayed, but ultimately not denied — served. On the other hand, should troubled Faisal and/or Olympics make the most of the reprieve handed them, they could look back at October 25, 2019 as a turning point in their fortunes.

However this turns out, clearly, everybody wins. What’s not to like?