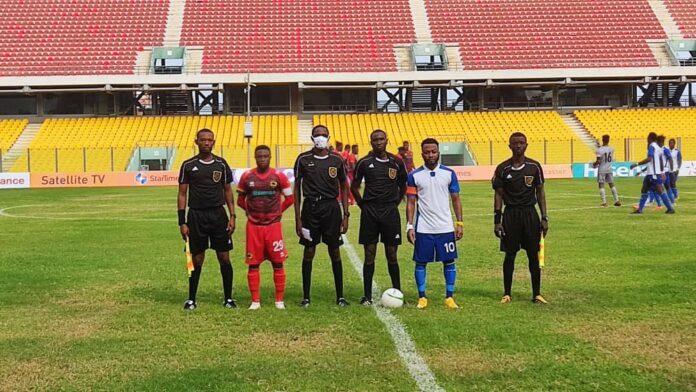 Kumasi Asante Kotoko suffered their first defeat of the season in one of their two Ghana Premier League outstanding games against Accra Great Olympics in Accra on Thursday.

The Porcupine Warriors were pretty much unconvincing on the day and were the second best team as Accra Great Olympics stamped their authority on the game in the first half.

Olympics on the other hand were on top of the match and played some beautiful football on the day and should have been up by a goal or two before the break but failed to capitalize on their chances early in the game.

After a dominant display in a goalless first half, Olympics picked up from where they left off in the first half as they continued to outplay the Porcupine Warriors.

On the 54th minute mark, Gladson Awako provided a master class and a moment of magic when he dribbled past the Kotoko defenders to send in a lovely cross into the back post as Michael Yeboah headed home the opening goal of the match to put the visitors 1-0 up.

Awako was a delight to watch throughout the match and was a thorn in the flesh of the hosts but his subsequent crosses and passes could not be finished by his colleagues.

Few chances were created by Kotoko after they went down but Emmanuel Gyamfi and William Opoku fluffed their effort at goal.

The Porcupine Warriors suffered their first defeat of the season in four games as Olympics picked their second win of the campaign after beating Kotoko 1-0 in Accra on Thursday.