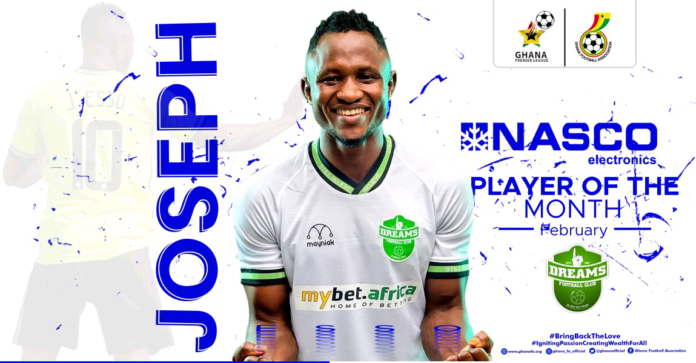 Dreams FC starman joseph Esso has been named NASCO Player of the Month for February in the Ghana Premier League.

In the month of February, the In-form striker scored six (6) goals with two Most Valuable Player of the match awards.

The Black Stars forward took his total goal tally to ten (10) in the first round of the 2020-21 Ghana Premier League season with his impressive scoring prowess in the month of February.

For his prize, Joseph Esso will receive a NASCO television and a personalised trophy from award sponsor Nasco.