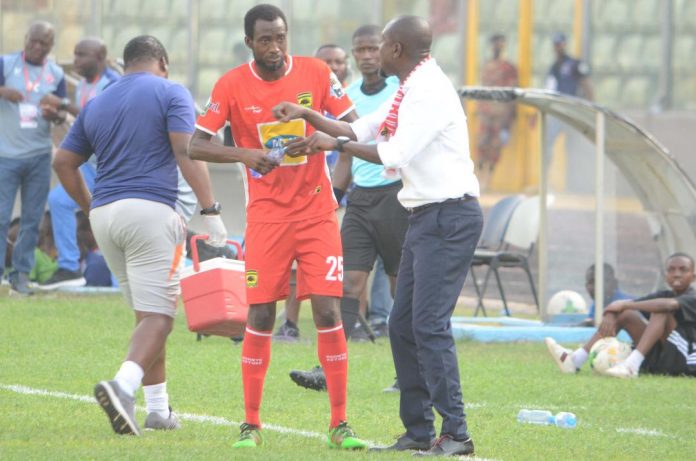 Umar Bahiru has mutually agreed to terminate his contract with Asante Kotoko.

The player has been placed on the transfer list following the appointment of coach Kjetil Zachariassen. He has struggled to make an appearance for the club since their CAF Confederation Cup campaign under CK Akonnor.

The former West African Football Academy graduate has been complaining after his omission from the squad and the management and technical team of the club have decided to allow him leave on the free, according to Dailymailgh.com sources.

The player has reportedly agreed to part ways with the club after terminating his contract.

Bashiru is now a free agent and could join any club he wants.

Reports reaching Dailymailgh.com can confirm that various premier league teams are after his signiture and the powerful midfielder could sign for a new team in the coming weeks.