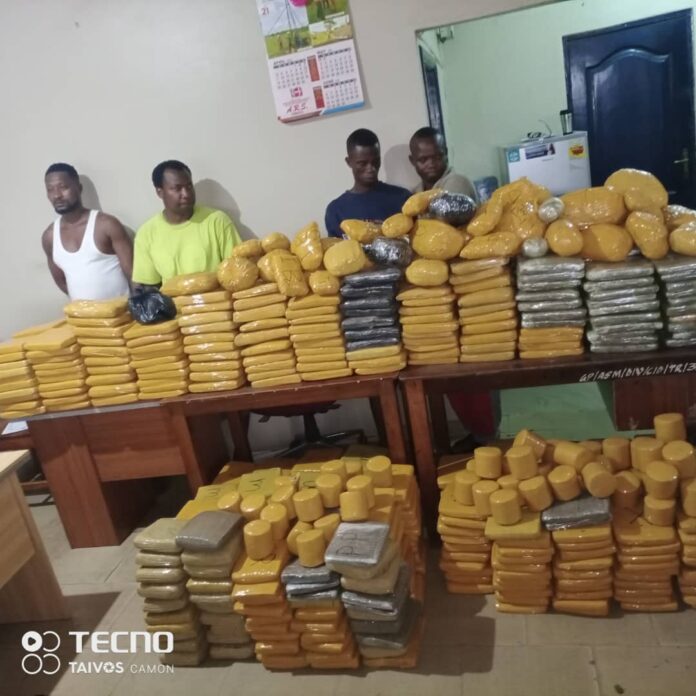 A bus carrying some 892 slabs of leaves suspected to be Indian Hemp has been intercepted by the police at the Ashaiman Division.

Four suspects who were onboard the Benz bus with registration number GR 2913-G have been detained assisting police investigations.

They have been named as Boniface Abaya Kwame Akwetey, both 31 years of age, Samuel Djandu, 30 and Godwin Agbesi, 29.

It is gathered that the suspects led the police to Carl’s Hotel located at Bethlehem in Accra where suppliers of the drugs were also picked up.

The police is however not revealing their identities, at least for now, as they are yet to give full details of this latest arrest made on Friday, June 4, 2021.

The well compressed dried leaves concealed in large compartments of different sizes have since been detained as exhibits, the police said in a statement.

FULL SPEECH: Akufo-Addo on lockdown of Accra and Kumasi