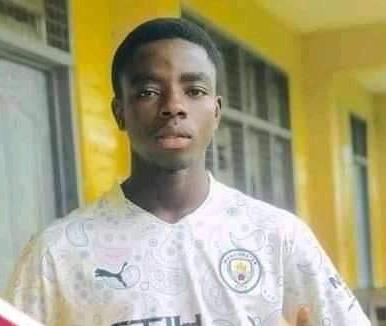 A final year male student of Oppong Memorial Senior High School (OMESS) at Kokofu near Bekwai in the Ashanti Region has been stabbed to death.

Richard Kofi Appiah, 21, was stabbed outside campus in a scuffle with unknown assailants at the Kokofu township Saturday night, according to eyewitnesses.

He died at the Bekwai Government Hospital where he was rushed for medical attention, his family confirmed to dailymailgh.com.

It is unclear what the motive for the attack was but police in the area say a case of murder is being investigated in connection with the crime, officials say.

Acting Municipal Chief Executive (MCE) for Bekwai, Kwaku Kyei Baffour who confirmed the incident told dailymailgh.com that police and other security operatives have since taken over investigations.

“It was around 10:30 p.m., when the student went to town and there was an argument over a phone. Some scuffle ensued and one of the attackers who has absconded threw a sharp object straight to the loins of the deceased. He bled profusely and when he was rushed to the hospital he was pronounced dead”, the MCE told dailymailgh.com.

“So far my further checks show that the police Commander and the NIB and the investigators are on it. We are putting our ears on the ground to identify the culprits”, he added.

Tributes have been pouring in on social media following the death of Richard who was a candidate of the ongoing West Africa Senior School Certificate Examination (WASSCE). His body has been deposited at the Bekwai Government Hospital morgue for preservation and autopsy.