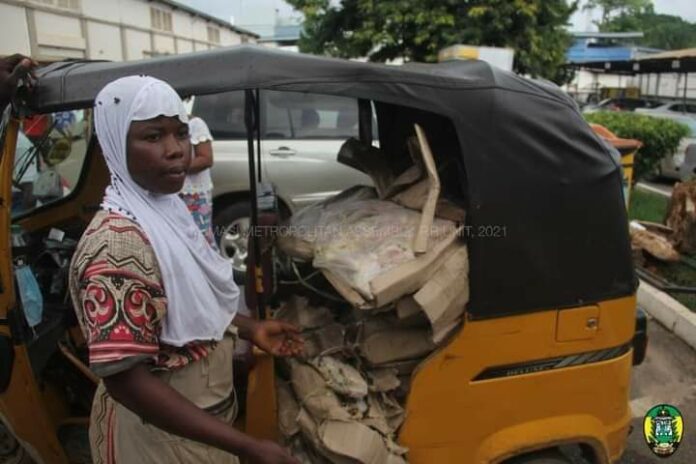 The arrest was made at about 1 p.m., on Friday, when 30-year-old Ajara Fuseini, was transporting the rotten chicken to Adankwame and Asuofia for sale.

City authorities say one of its employees detected a foul smell at the Mbrom lorry terminal while on a routine operation on that fateful day.

To ascertain the source of the stench, the metro guard found Ajara in possession of the products triggering an immediate inspection.

The suspect who admitted ownership of the items led the police and environmental health officers to the Asafo Market to arrest one Kwadwo Asare, a Cold Store operator who allegedly sold the items to her.

Spokesperson for the Kumasi Metropolitan Assembly (KMA), Henrietta Aboagye who confirmed the development to reporters says the two suspects have been detained for further investigations.

“They were taken to the police station [for interrogation]… And so we will process them to court in the coming days. The Food Hygiene Unit will be going round to check on these operators so that all foodstuffs that are contaminated will be destroyed as such.”

The Assembly is also cautioning the public to be wary of such products on the market.