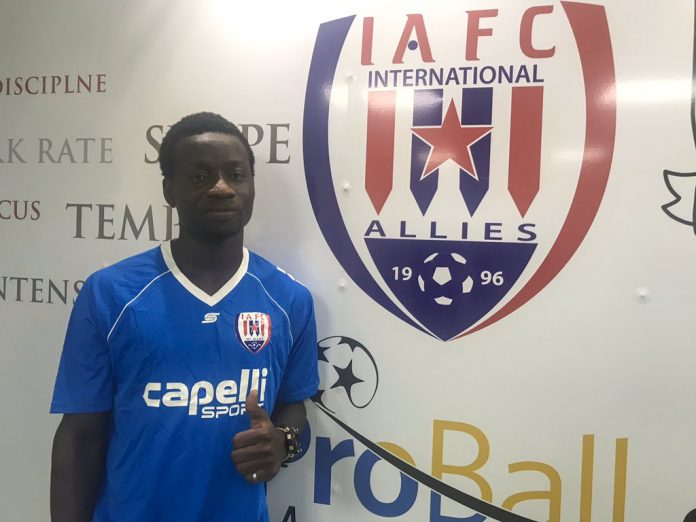 The club unveiled the midfielder on Wednesday, 20th November 2019 after completing a season-long loan deal with his parent club.

Mammud joins the former FA Cup winners to bolster the team’s options in midfield with his versatility, speed and power.

Speaking to the club’s website, Mammud said: “I am very happy to be here and looking forward to playing Premier League footballl next season.”

“Inter Allies is a great club for young players and I strongly believe that I can develop here.”

‘My dad is proud of me working as the technical advisor...