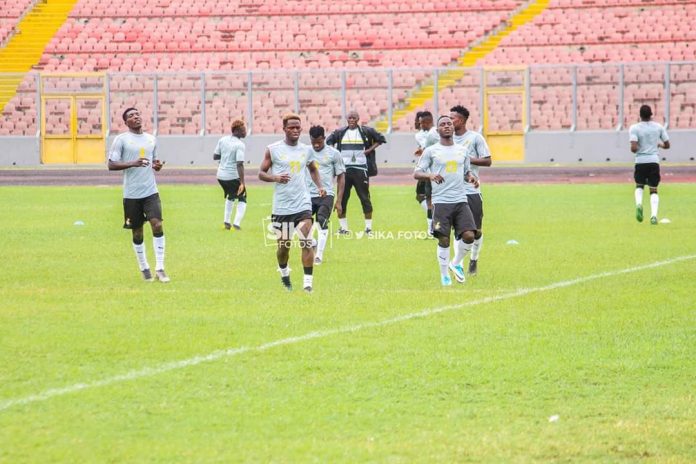 Black Stars B on Saturday hosted Division One League side Asokwa Deportivo in a friendly match which ended 1-1 at the Baba Yara Sports Stadium.

As part of preparations for the 2019 West Africa Football Association (WAFU) tournament in Senegal next month, Coach Maxwell Konadu and his charges are playing a series of games to keep the team in good shape.

Prince Agyapong scored the opener to put the Stars ahead in the first half of the well contested game before a few supporters.

The Asokwa-based Division One outfit got the equaliser late in the second half through a strike from former Kumasi Asante Kotoko midfielder Stephen Nyarko.