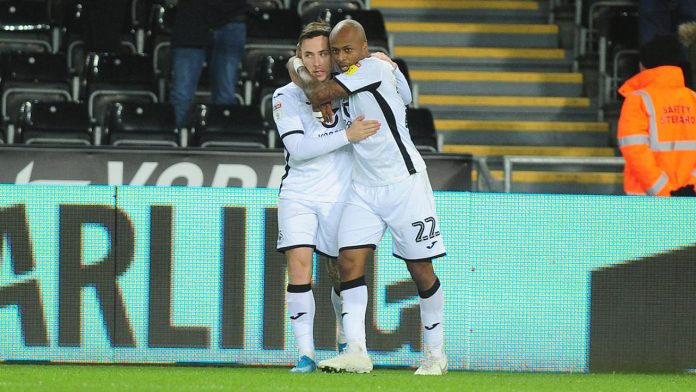 The Ghanaian opened the scoring for his team in their 3-1 home win in the English Championship against former Premiership side Middlesbrough at the Liberty Stadium.

Ayew scored again inside 71 minutes when the score was one all to put the game in Swansea’s favour before Sam Surridge added a nail in the coffin making it a comfortable 3-1 win.

Before today’s match, the Black and Whites had gone six games without a single victory in the English second tier.

Ayew now has seven goals and four assists to his credit this season.