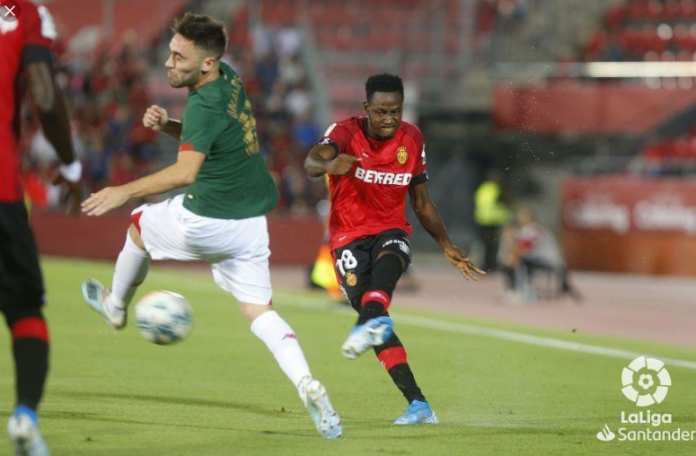 Ghanaian defender Abdul Rahman Baba put up a superb performance on his La Liga debut for Real Mallorca as they drew goalless with Athletic Club de Bilbao at home.

Baba who is on loan from Chelsea was one of the best players at the Estadio Son Moix as he covered lots of grass going forward. He also defended well.

He twice denied Raul Garcia and Iker Munaian from scoring with exquisite defending which drew applauds from both fans.

The Ghanaian international also delivered three incisive crosses, which were missed by Lago Junior, and Alex Feibas whilst he had a goal-bound shot blocked.

Real Mallorca are 14th on the La Liga league log with four points from four games.